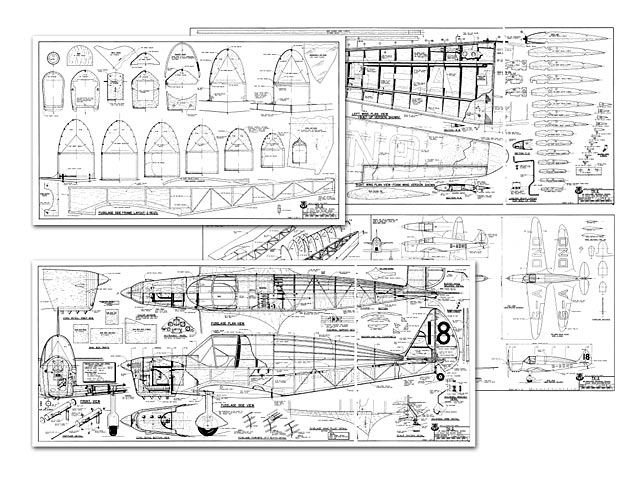 DeHavilland DH TK2. Giant scale model for radio control. Scale is 1/4. Note the wing is shown as built either with veneered foam or with traditional balsa construction.

Quote: "A beautiful 1/4 scale model of one of deHavilland's lesser known aircraft of the 1930's. By Dennis Tapsfield.

I think it is true to say that the name 'TK2' does not convey much to the average model enthusiast, it was a 'one-off' therefore a little known aircraft. It was designed not by the deHavilland Company, but by a group of trainee students of the DH technical school, which trained designers, ground engineers, and production managers. The TK2 originated as a design in a competition organized among the senior students, and was in fact, a blend of the two most promising designs, and it was decided to attempt to complete the aircraft for the 1935 Kings Cup air race. It was a very tight schedule, but successfully completed on time and checked out. The TK2 competed in the air race, putting up a very good show by placing 4th overall.

The model, at 1/4 scale is a very fair representation of the original aircraft; all we know of the color is that it was highly polished scarlet, the black and white photos which exist appear to show white trim. Unfortunately, there are no color photos or prints to be found; however, the model as described is about as authentic as we are likely to get.

If you fancy building this model, do not be deterred by the tapered wings. The full size aircraft was reported to have a gentle stall with no vicious wing drop, and if you build this model accurately, you will find it just as gentle - but do not make a heavyweight out of it, doing so will certainly mar the performance. My model weighs in at just under 10- 1/2 lbs with 6 oz of lead in the nose; try to keep it under 11 lbs (5 kilos) for a good performance.

Construction. Wing. Mine is foam, covered with Obechi veneer 1/20 in thick (.5mm); however, you can use balsa if you wish. I know that there are purists out them who prefer to build a wing, so I've provided all the information for you to do so. The foam wing should not present any problems, make sure the cores are cut with the correct amount of washout at the tips, and have the 1/2 in diameter hole through to the servo box for the leads.

It is a very big wing (96 inch), so if you wish to make it in two halves, I suggest you use alloy tubes with dowels of a suitable size, say 1/2 in, placing two above each other at the hickest part of the wing, and one further hack about 3/4 of the chord. You must take great care with the alignment, so that the root ribs are truly in line. The rest of the construction is quite conventional.

Built-Up Wing: The first job is to cut out all the ribs as shown, and notch them for the spars, taking special care to make the notches deep enough. Note that there are some 1/8 in ply ribs designed to carry the landing gear which is different to that used on the foam wing. Make a small jig of 1/32 ply to ensure that the 1/2 in holes for the tube to carry the servo leads all line up parallel to the spars.

Build the wing by first pinning the lower main and rear spars to the drawing, then gluing the ribs in their respective positions. Make sure the spars are flush with the underside of each rib, and CA in place. Set the root rib to the correct angle for the dihedral. At this stage, use the 1/4 in sq packing laid under the wing to stabilize it, and produce the correct washout... 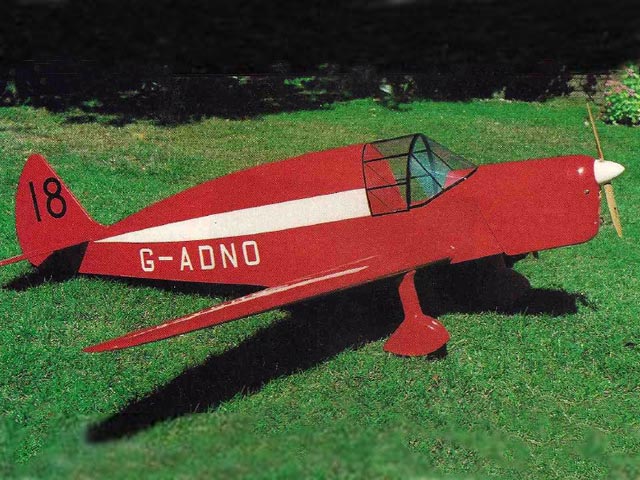