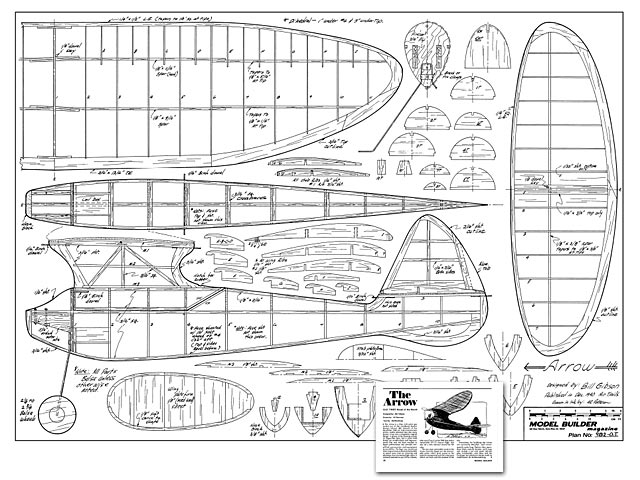 Quote: "The Arrow is a Class A/B pylon gas model out of the Goldberg Zipper (oz387) Design School. Bill Gibson, in his December, 1940, Air Trails Construction article, readily admitted that, like many planes, it was not a completely original design. A glance at the drawing reveals its Zipper-like lines, but a closer look brings out modifications and improvements that may not have resulted in better preformance, but certainly simplified construction and equipment accessibility.

Perhaps you could say these improvements allowed the builder to spend more time on trimming and adjusting, thus increasing flight times. It certainly seemed to pay off for Gibson, who won Class A at the 1940 Nats with a remarkable 47-1/2 minute flight that also set a new national record for the class.

The two most noticeable mods in the Arrow from the Zipper are the removeable pylon which gives access to the ignition components and the wing spars which are flush with the bottom of the ribs... " 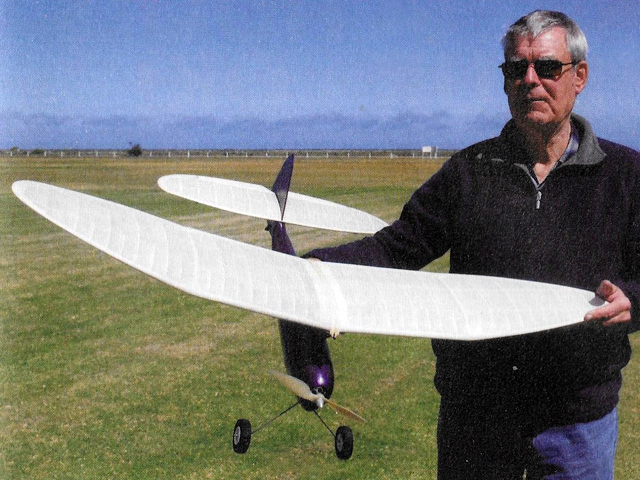 Surprised to see myself. Jack Simmons, Constellation Model Flying Club South Australia. I expect the late Don Howie supplied the photo.
I built two electric Arrows some ten years ago. One floated away never seen again, the other still flying in 2021. Great flyer it just likes to hang up there. Recommended.
Jack Simmons - 04/03/2021
Add a comment