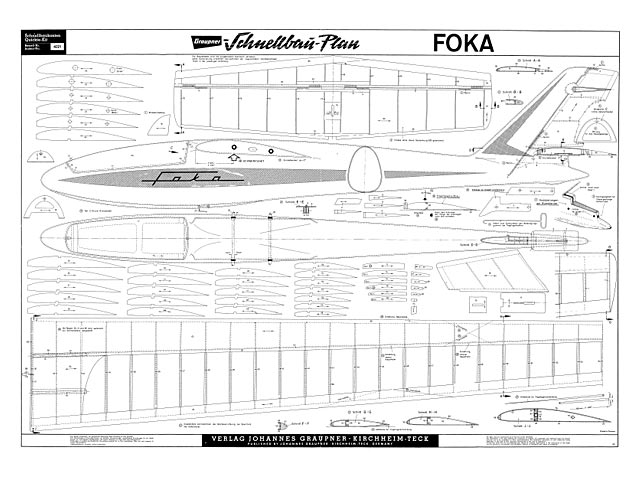 THIS is a most graceful flying machine. Beautifully designed. Elegance in every line, the House of Graupner has produced a fine model of the Foka. Their kit sets a very high standard. It is complete in almost every way. The moulded fuselage, with integral fin, deserves special mention. However, great care must be exercised when building the model. One or two aspects of its construction, as illustrated in the drawings, are somewhat puzzling and I did find it necessary to incorporate several modifications.

Firstly, the fuselage. Careful carving with a very sharp knife will remove traces of the seam between the two halves and a quick rub down with fine sandpaper will produce a good finish. A roll of coloured adhesive plastic, with which to decorate the model, is supplied with the kit but I used red MonoKote. It is necessary to cut away some of the plastic material at the rear of the fuselage to accommodate the platform for the tailplane. This job must be done carefully. Cut away a little at a time. Do not try to complete the operation in one go. If you do make a mistake you will have to live with it.

The tailplane itself is simple to construct but watch out for the drawing which illustrates the elevator hinge. It is shown to be on the upper surfaces of the tailplane and elevator. I think, in fact I am sure, that this is a mistake. The under surfaces are flat and the top surfaces slope down towards the tips. Thus, for a simple geometrical reason, the hinge should be at the lower surface. Allowance for this must be made when shaping the trailing edge of the tailplane and leading edge of the elevator. I have used MonoKote for the elevator hinge and found it to be very satisfactory.

I reckoned that the wing structure needed beefing up a trifle. As shown in the drawings there is an upper and lower spar webbed only on their forward side. I forecast that under turbulent conditions, or when pulling out of a hairy dive, the wing, which has a very high aspect ratio and thin section, might long for somewhat stronger construction. So I added webs to the rear of the spars. (I hope to be forgiven for feeling rather smug about this, but I have since heard of one of these wings folding in flight. Of course, mine might burst with its modified boxed spar layout, but I will keep jolly quiet about it if it does!)

There is another detailed design aspect of the wing which deserves mention, this time with reference to its attachment to the fuselage. Two steel dowels are supplied with the kit and they are bent to the required dihedral angle. These dowels are pushed, through rubber grommets, into the wing centre section which forms part of the moulded fuselage, Because this is only a push fit... "

Update 22/07/2020: Added instructions (in German, English, Franch and Italian) and exploded assembly view, thanks to ChrisD. 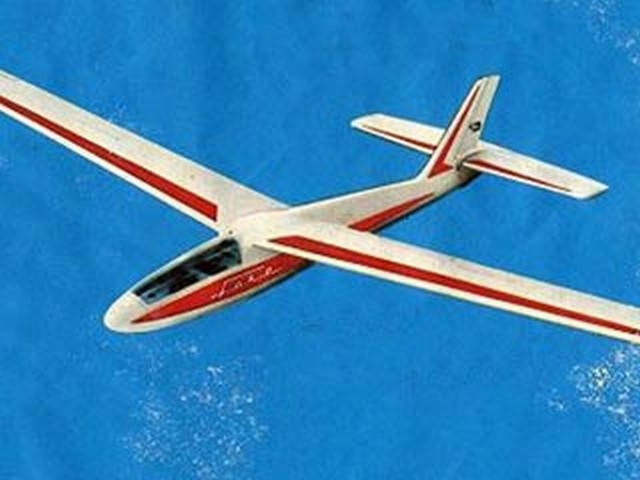 There probably are no formers for the fuselage. IIRC, the Foka was the first kit by Graupner with a fuselage made of polyethylene. When building the fuselage you probably will be on your own.
anon - 04/08/2015
Add a comment