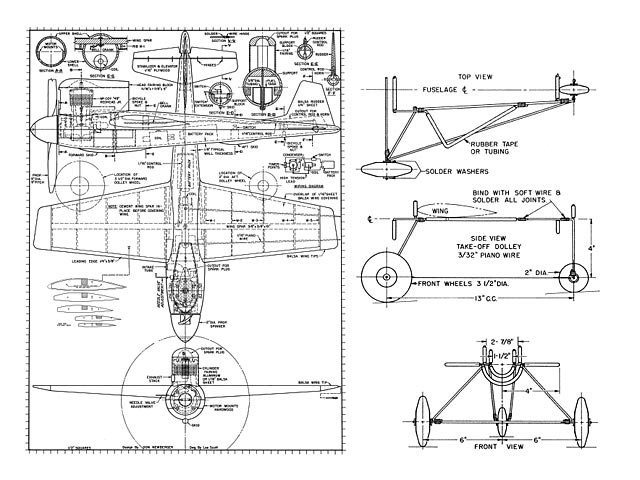 Quote: "WHITE COMET JR was derived from White Comet Sr, the ship which holds the Class VI (C) AMA speed record. White Comet Sr was the result of some high powered head scratching- and sketching during 1945 and early '46, and worked out so well that it seemed a good idea to develop a Class B speed ship from the same design. The McCoy people had an experimental McCoy '49' they thought might really do something, so this powerplant was put into White Comet Jr for its maiden flight. This took place a week before the All Western Open, and resulted in a speed of 111.50 mph. Entered in the All Western, the ship captured the top spot with 108.88 mph, and also set a new AMA record of 111.59 mph, flying from the pylon.

In every subsequent meet entered, White Comet Jr has topped its class, clicking off speeds as follows..." 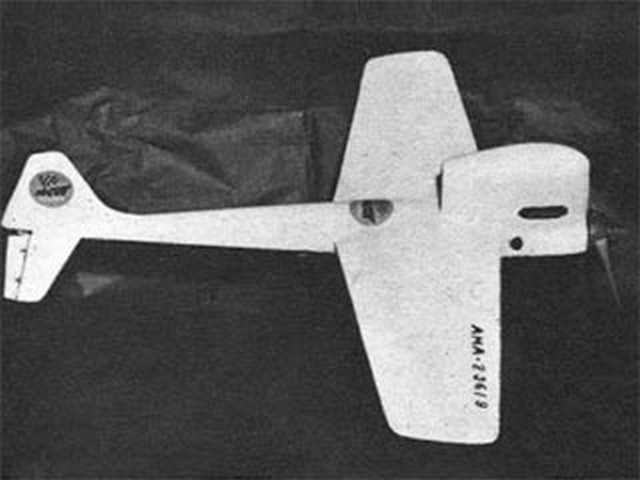