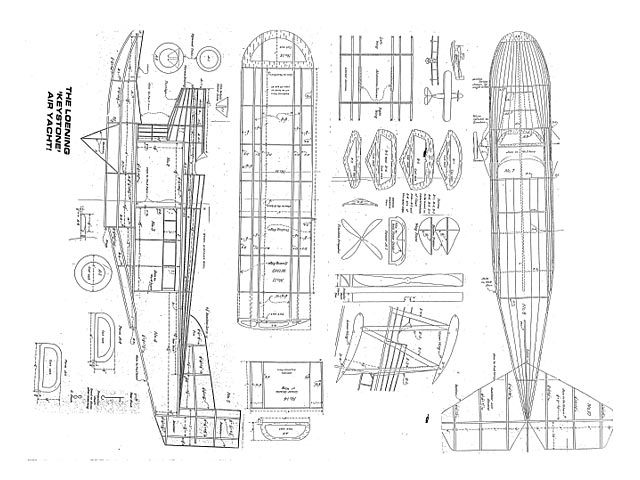 Update 29/07/2015: Have re-scaled this plan now to something closer to the quoted fullsize of 49in wingspan, thanks to Pit for help with this. It is an old plan, and has not travelled well, I would recommend extreme caution if trying to use this one to actually build with.

Quote: "How to Build a Loening Amphibian. Here's Something Worth Building! A Flying Model of This Famous Air Yacht!

A GREAT number of our readers have been asking why amphibian plans are impossible to obtain. They told us that no manufacturer in the entire country had them - that they were told that amphibian models could not be made to fly - that if built, they would cost too much and a thousand other similar excuses.

That was just the kind of incentive MODEL AIRPLANE NEWS likes, and efforts were made to disprove the pessimists' wails. It was a job, we admit, but the finished product proves well worth the effort. It will fly, costs no more than the average scale model and looks like the real thing.

In its construction, we found that it was necessary to depart from the exact measurements of the Loening in a few places and add a four-bladed propeller, instead of the three, but apart from these minor changes, it is true to form.

Construction Details of Pontoon or Hull: In constructing the pontoon take a sheet of 1/16 x 6 x 36 in balsa and cut out formers B-1 to B-6 by tracing them from the drawings as shown in drawing 15. All these formers must be shaped to fit drawings, which are full size. The edges are then nicked as shown to fit the connecting spars and cross sections.

The next step is to take your 4 x 3 x 1 in block and shape out the 'bumper' or front end of the hull of pontoon. The 'bumper' A.B is then placed into position as shown in drawing 1, with ambroid, notches being cut to fit ends of longerons..." 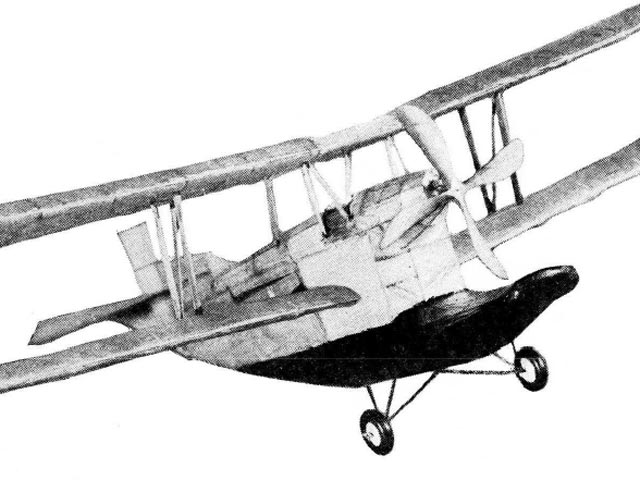