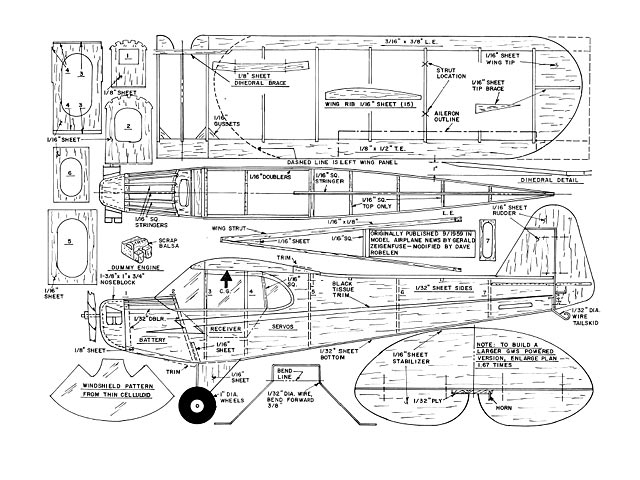 Quote from (original) article intro: - "Our little Cub is a stable flier just like the real ship and faithfully follows its lines with only minor concessions being made for easy construction and good flying ability. Unlike the Cub, the fuselage is slab sided to allow sheet construction and the stabilizer is enlarged slightly. The sparless wing worked out very nicely and is quickly constructed."

Thanks to anon who pointed out this more modern plan seems to be the from 75th anniversary MAN issue in Jan 2004. Bob Aberle wrote an article to go with it. See http://images.rcuniverse.com/forum/upfiles/172733/Wu59887.txt for more details. That article mentions an alternate method of scaling up to 30in wingspan and then powering with a GWS LPS motor. 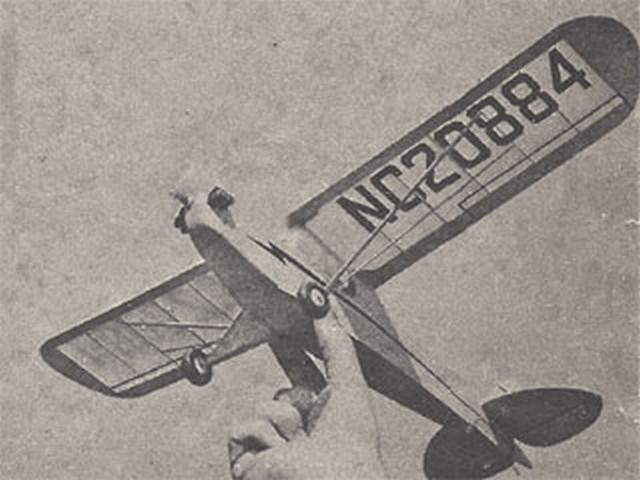 Hi Steve and Mary, I wanted to send you pictures of my J3 Cub [more pics 004-006]. Rather than sheet balsa construction I chose to go the stick and tissue route. A little longer to build but much lighter and I think, prettier. Thank you for all you are doing!
DaveBarber - 18/11/2016
That's great. I love the photo [004] that's shot at the same angle, the same composition as the original pic in the old article. That's great. That should be a new thing. Colour photos of new models that 'update' the original pic.
SteveWMD - 19/11/2016
Add a comment