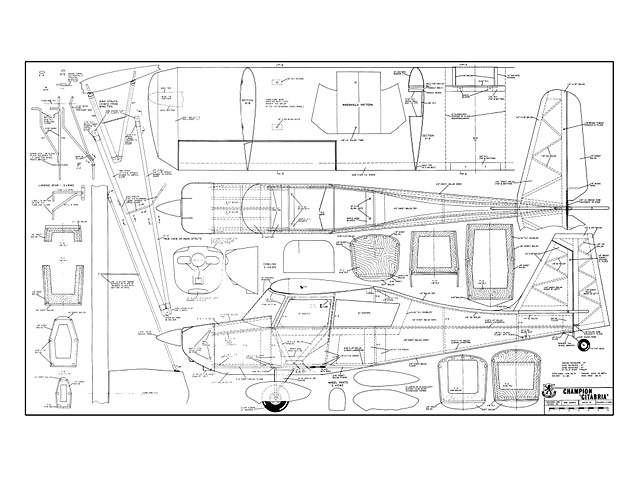 Quote: "The cover of the March '67 issue of Plane & Pilot magazine was the inspiration for this model. It was a color photo of Champion Aircraft Company's Citabria all decked out in a red and white sunburst paint job. So, with the trend toward R/C models that look like AIRPLANES rapidly gaining momentum, the decision to update the de Bolt Champ was made. The model was not intended to be a 'scale' shop but has about turned out that way due to the excellent proportions of the full-scale bird. Only a small increase in aileron area and stab area was fed into the final layout. This is much the same effect as that obtained by the full scale boys when they clip the wings for national acrobatic competition.

Another tribute to the Champion's designers is in order: the location of the landing gear with respect to the CG is ideal. The prototype is flying with a 12.4 prop turned by an Enya 45 under the cowl. If you check the plans, this doesn't give much ground clearance and yet, each and every take-off has been like falling off a log (I wish I could say the same for my landing technique!).

As you can see from the plans, a one-piece foam wing was used. The reasons for this were:

However, the decision to use a one-piece wing caused a problem which, I'm happy to say, a good friend of mine, Mac Beauchamp by name, solved without blinking his fiberglass. The problem was - how do you simulate the windshield above the cabin? Easy. As the plans show, just roll the windshield material up-and-over, onto the top of the forward wing supports and glue it down. Then cut the appropriate sized hole in the center of the leading edge of the skinned wing and, after painting, cover the hole with the acetate windshield material too. It won't fool you at 5 inches away, but at 5 feet it's pretty effective. I remember showing a picture of the model posed with the ever popular GI Joe, to a friend who then said - is that the airplane from which you're building the model?"

One more word and we'll get to the construction. The sight of one of these birds in-flight, with the sun glinting through the open cabin, is something to behold. The extra work in building one, which I hope this design lessens, is well worth it.

Construction. Fuselage: 1. Cut out the 1/8 balsa, upper and lower halves of the fuselage sides. Leave some extra on the lower halves, forward of F2, so they can curve slightly toward F1 (see drawing for formers F1 and F2). 2. Cut out the 3/32 ply cabin doublers and bevel the lower portion of them as shown in the drawings for formers F4 through F7. 3. Glue the cabin doublers to the upper fuselage halves and allow to dry overnight. 4. Glue the 1/8 square balsa lon-gerons to the upper part of the upper fuselage halves and let dry. 5. Bevel the forward and aft halves of the lower 3/16 x 1/4 longeron as shown at former F3 and glue halves together over plans..."

Update 09/02/2016: Replaced this plan with a clearer copy at higher resolution, thanks to JJ. 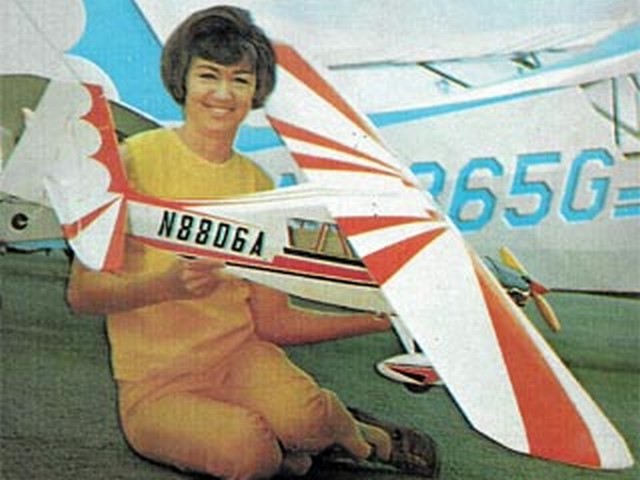