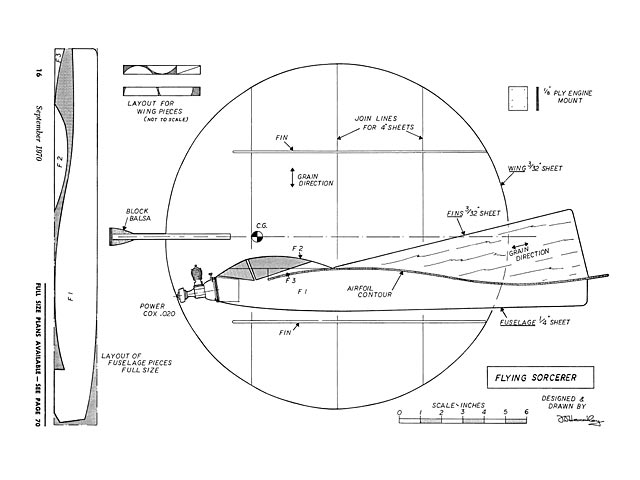 Flying Sorceror. Free flight sport model. From the 'For the Tenderfoot' series.

Quote: "Do you believe in flying saucers? Now you can - this one's for real, an 020 free flight... AFTER some years of study, the Air Force apparently has decided that flying saucers really don't exist. Perhaps they should have paid more attention to Southern California before making up their minds, because flying saucers have been seen there for quite a while. Of course, these saucers are not too big and don't fly too long, so possibly the Air Force can be excused.
These UFO's are in reality models, the latest version being the Flying Sorcerer. Earlier models were powered by various-sized engines, including one Jetex-powered version. Then there was the model known as the Flying Pizza because of an unfortu­nate color scheme composed mainly of yellow and red!"

Article text and images are available online at http://www.airplanesandrockets.com/airplanes/flying-sorcerer-sep-1970-aam.htm 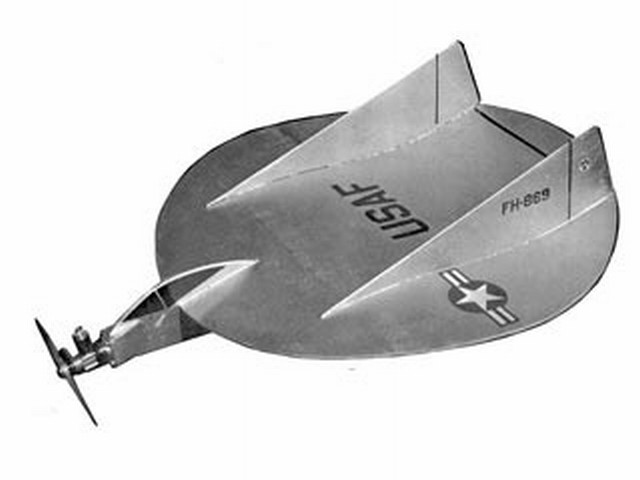 G'day! Just wondering how do these flying circle wings keep stable without dihedral? Is there an easy explanation?
TH - 26/04/2016
I built this when I was 13, it really flew great! Once I got the balance right it just seemed to glide forever!
PeterHiggins - 17/08/2017
Add a comment