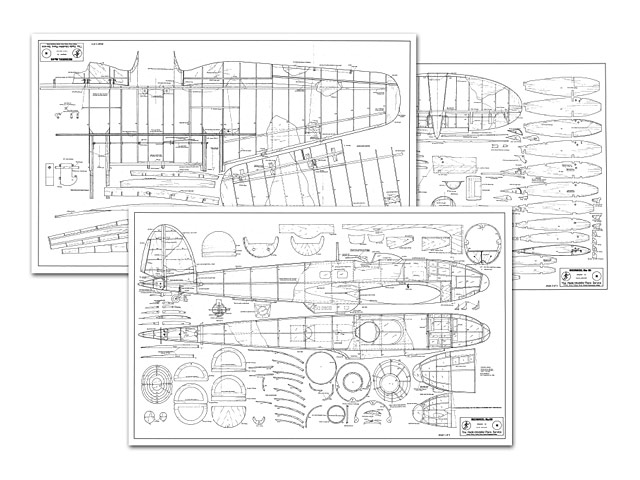 Quote: "IN MAY 1941 I had my first view of the Heinkel 111, when I was very nearly on the receiving end of a mass attack on the London Dock area. From that time to this I have had an abiding fascination for this evil looking aircraft. From 1941 to 1974 this fascination lay relatively dormant, so glad was I to have escaped the attention of the Luftwaffe who, it seemed, had flattened large areas of London in an attempt to find me. However, my interest was reawakened in later years after seeing that characteristic glazed nose and curved wing again during the making of the film 'The Battle of Britain'. So keen was this interest that I have now built three Heinkels, each an improvement on the last. This design represents the culmination of these efforts and, I hope, means that I have now got it out of my system sufficiently to move on to other scale models.

The model is to 1/12th scale (enlarged from MAP drawing 2926) and represents a Heinkel He111 H-2, which was one of the most produced variants. Since this is not a beginner's model (what Stand-off Scale twin engined model is?) I do not propose to attempt the glue A to B type of instructions. There is nothing particularly complex in the construction but there is a lot of it, and just to make life interesting Herr Heinkel appears to have designed the aircraft without the benefit of a straight-edge. The only obvious straight lines in the aircraft are the leading edges of the wings and the control surface hinge lines! The construction notes therefore assume a certain amount of experience in building and concentrate on the more difficult or unusual bits. The plans themselves contain as much detail as I could cram in and careful study should resolve any difficulties.

I always build the wings first, mainly because I enjoy building them and once completed their very presence gives me the en-thusiasm to proceed, but also because they are needed to complete the fuselage.

Wings: The wing is built in three sections, centre section and outer panels, using overlapping spars to join the sections. Start with the centre section by making up the main spars and their braces. To join the sections, which is done before the nacelles are added, place the centre section on the work bench and slot the outer panels onto the spar ends checking carefully for correct dihedral and a good fit for all the joints. The top section of the main spar, of 1/4 in sq balsa, is added at this point. It may look a little daunting at first, but if built carefully the whole thing locks together to provide a very strong structure. Note that the outer panels have 2° washout and they should be jigged up on the bench for this to be built in..." 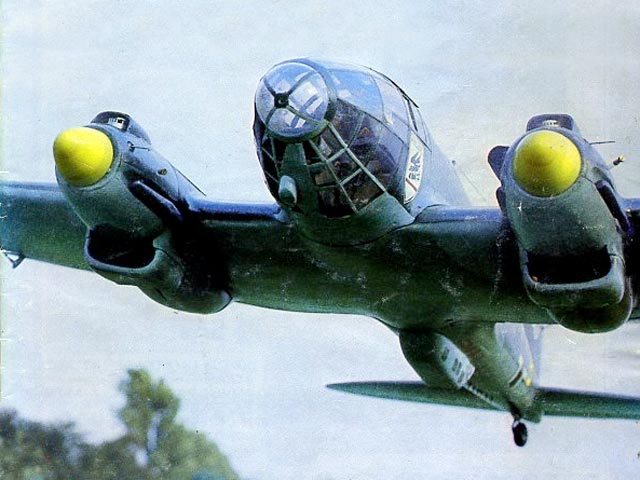