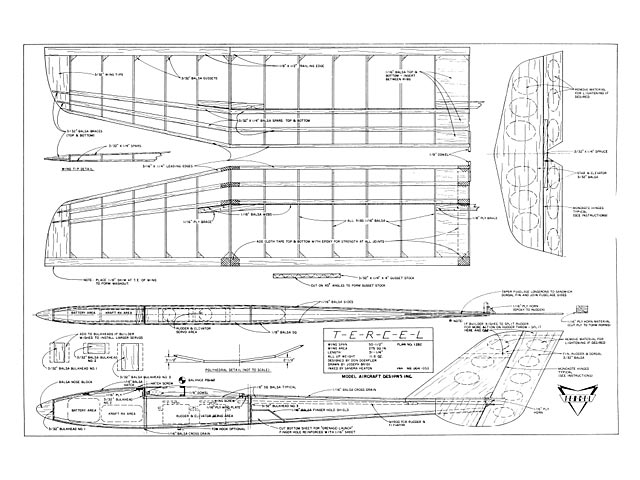 Quote: "Hello once again Steve. The Tercel was another Joe Bridi design similar to the Flipper (oz4994). I recently built one but increased the wing to 58in as blogs suggested that an increased wing span would be better. I also changed the design to hold a truer E205 airfoil since I fly slopes and weight is an advantage. I always thought the Tercel was squirrelly, but this wing really works well at the cliff. (see you tube video) don't expect stellar aerobatics. This was the third flight after getting the bugs out. A few clicks down elevator trim, and the plane books, a few clicks up, and speed drops off and lift takes it up and up." 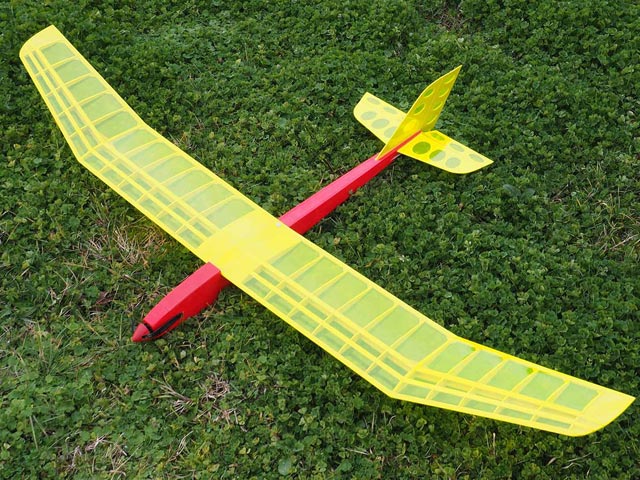 Hi Steve, attaching some in flight photos of the Tercel with the custom 58in wing [see more pics 003-005].
EricRMetzdorff - 10/07/2015
Hello, I built a "Tercel" from your plans but I converted it to electric power using a very small Hacker out-runner motor and a 2s800 Lipo battery [main pic, 007, 008]. The plan shows the original weight as a glider as 11.6 ounces but my lightly built electric version is just 10.1 ounces all up flying weight including the battery. Radio gear has become much lighter since 1984 when the plan was published. Here are some pictures of my model which you can use if you wish to. It is not only a very good glider for light weather but it is also a good general knock about model to practise hand catching!
Keep up the good work. From SW France,
Ken Croft - 07/06/2021
Add a comment