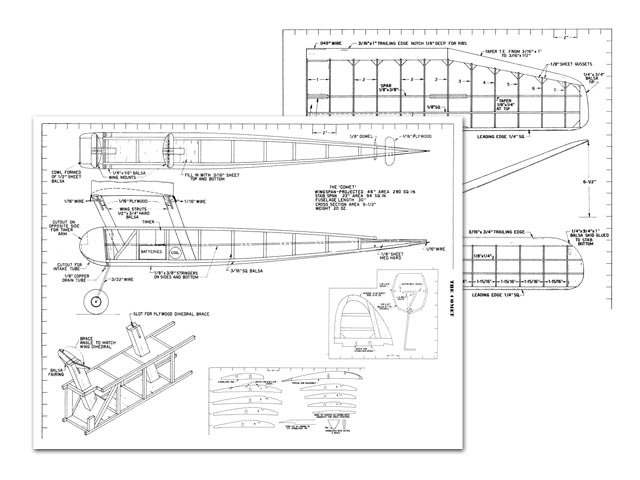 Hi Steve - this is a rare one by Sal Taibi - the Comet published in Air Trails March 1948. The scans are from my original issue of air trails. It looks like it would be a great flyer. thanks, jeff mccammant story city iowa.

Quote: "KEEP your eye out -for the Comet! After eight long months spent between the drafting board and the testing field, this Class A free flight model is here - ready to fly!

The experimental model had a much thicker airfoil, which gave it no advantage over the one used in the perfected model. Using a thinned-out airfoil, the rate of climb was increased considerably, and nothing was lost in gliding ability.

At first a four-percent rudder was tried, but the model lacked directional stability. Adding several square inches of rudder area worked wonders, and gave the Comet a lively, steady climb. The plane has a very slow, flat glide, and its speed is extremely slow. Consequently it has an unusual ability to ride low ground-risers and gain those precious minutes which win contests.

So let's get out the drawing paper, fellows, and get to work! The ship, is well suited to any of the larger Class A engines such as the Bantam, Ohlsson 19 and .Arden .199. For the 'hot rock' free flighters small Class B power plants might be utilized.

Building and Flying. Study the plans and familiarize yourself with the small details, next get a large piece of drawing paper or shelving paper and scale the plans to full size.

It is advisable to build the wing, and tail assembly first. The wing must be completely finished except for covering so it can be used to obtain a good fit on the wing mount. 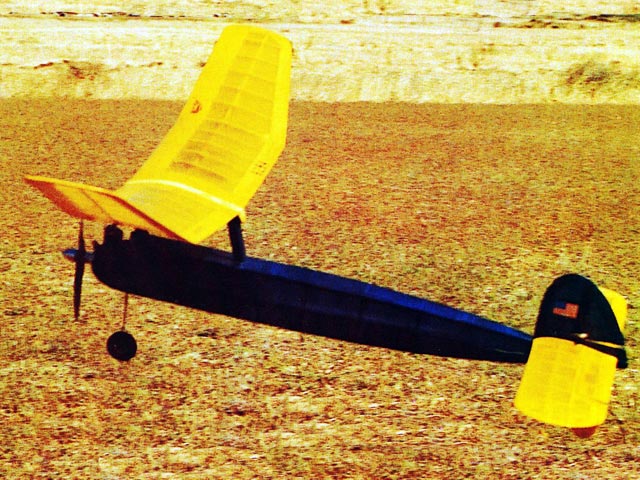