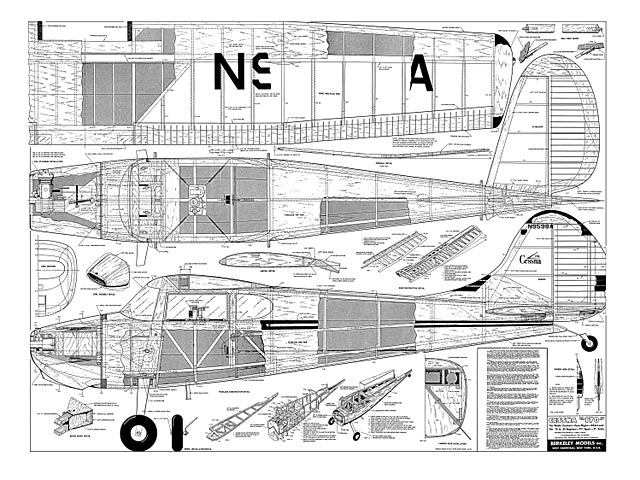 Quote: "This replica of the Cessna 170 has been designed to provide the ultimate in realistic performance. In fact, at 6 lbs gross weight the model is considered dynamically similar to the full scale ship when carrying the pilot, and will behave in the air like the big ship.

To make this high performance model practical, the structure has been designed with great care to withstand the high air loads and hot landings to be encountered. Therefore this is not a model to be assembled in a hurry. Study the plans and detail sketches before beginning work to become familiar with the general construction. Since all the details are illustrated in the plan these instructions are necessary only as an outline of construction. To further simplify assembly have been numbered in the order of installation, and with the letter F denoting fuselage, W wing, S stabilizer and R rudder..."

Quote: "These are the full size wing ribs for this beautiful balsa model of a classic airplane. As was usual in 1954, no wing ribs were drawn on the plan because it was designed and drawn for a kit. You can see that I attached the supports on the ribs that state 'jig' after the identification number, this facilitates building the wing with no warps. Good luck and greetings from Colombia. EDUARDO". 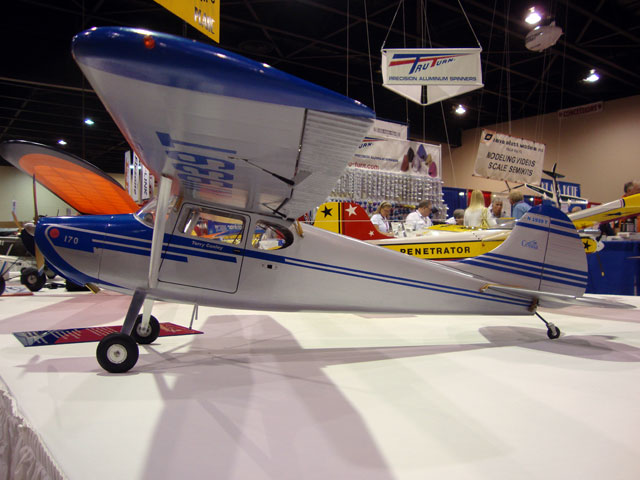 This is my Cessna 170 using the Berkeley plans [model photo & more pics 003]. I modified them to 5 channel radio and installed a vintage Super Tigre .35 engine for power. This is the same engine I had in my original Cessna single channel built in 1956.
TerryConley - 05/07/2019
Add a comment