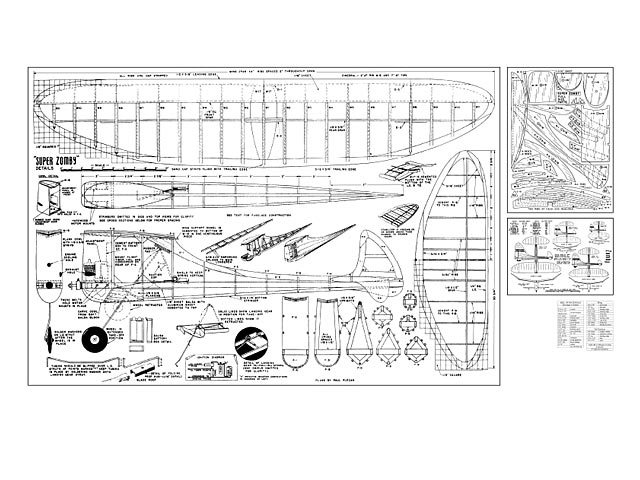 Update 27/05/2014: Replaced this plan with a clearer version on one sheet, thanks to Planeman.

Quote: "The Zombie as it was on your site was in no condition for anyone to attempt to build it without a lot of Photoshop ability. The plan itself has been drastically enlarged to its full size of 44 inch wingspan and retouched to some degree. The parts shown in four images were reassembled back into its original single part image and re-scaled to match the enlarged plan.

None of the four parts images were the same scale. How some poor soul could ever have built from a magazine plan like this is a mystery to me. I also added all of the article pages to the plan and the plan output will fit standard 36 inch printers. I would like to note that the parts are close to the plan but often do not match the exact outline on the plan. This is the way they were originally drawn. I would recommend to any builders to take the part outlines from the plan itself wherever possible and to double check the part fit before gluing." 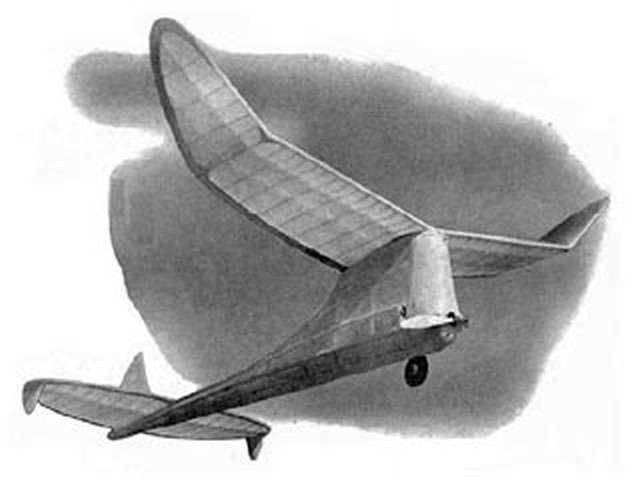