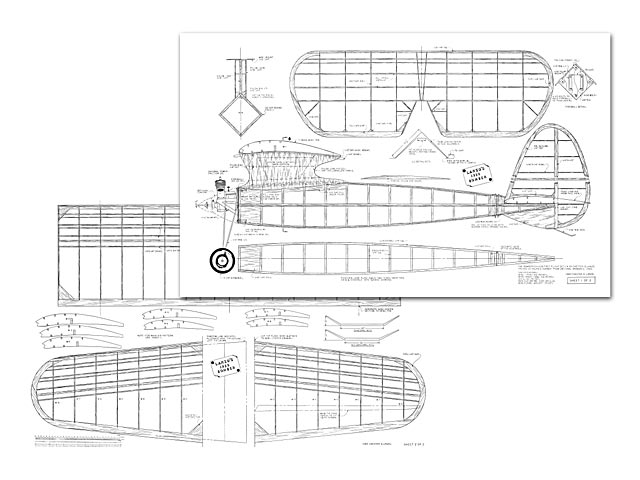 Note this is the nearest thing we have to an original Bomber plan (quote "traced from original drawings"), so we have set this listing as the primary, and will link to here from all other Lanzo Bomber listings.

Quote: "Confusion persists about Lanzo Aerofoils. E.g: The Puss Moth has been published with a flat bottomed and an undercambered aerofoil. When the Bomber was approved by SAM in the early eighties, it was assumed to have the same aerofoil as the Record Breaker because the Long-Center Section version has the same wing planform. This was not the case. The R/C Stick did not specify an aerofoil and variations abound.
I found this blueprint in a box of tissue scraps left by the late Bucky Walter who worked with Chester Lanzo at NASA. I never met Mr. Hoffman but I'm guessing he was also a colleague or, at least, a fellow member of SAM Chapter 39. " 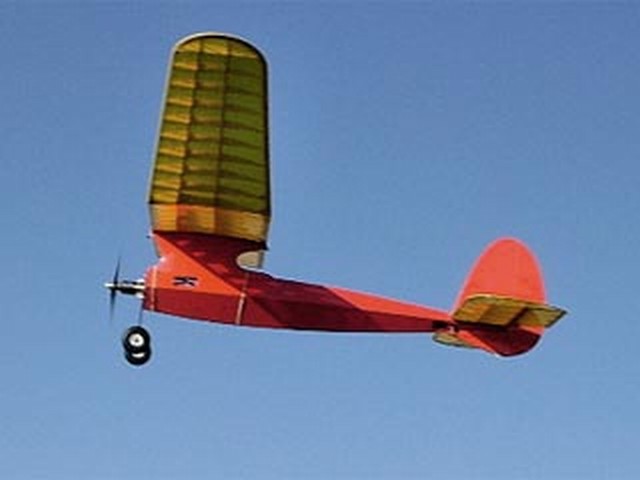 Check wing center and tips joint before you build, on the original plans, these did not match!
anon - 23/08/2015
I have a few photos of the Lanzo Bomber [more pics 003-005]. It used to be free flight, once landed in the water even. It took about an hour for it to float to shore, almost no wind. Later due to loss of flying site I converted it to r.c. with the same engine it used for free light. Not flown it after conversion yet.
Joost - 15/09/2017
Hi Steve, hi Mary. Here are some photos of my LANZO BOMBER [morepics 006-008]. Now it flies beautifully with a Super Cyclone spark.
Luigi Carlucci, Italy - 04/09/2019
Add a comment