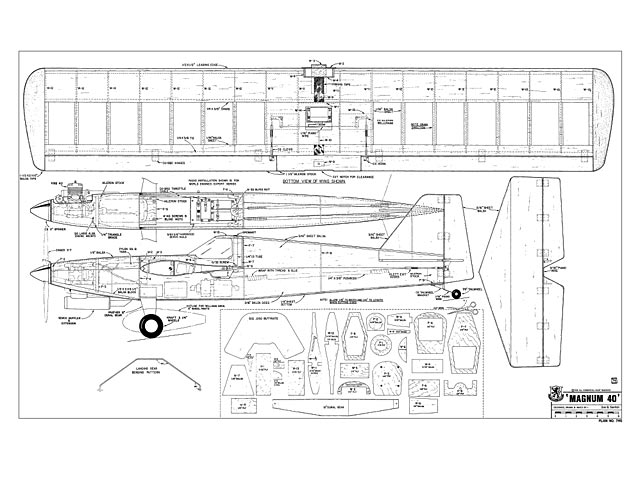 Quote: "What's in a name? One of the most difficult tasks for me, I find, is picking a name for my designs. Take the Top Elite Freshman Trainer (oz10389). When I designed that airplane I nearly went bananas trying to decide on a name. Obviously I wanted one that was at least somewhat descriptive. From the time I first drew a line on paper I was thinking about what I was going to name it. I wrote down every name that came to me, even if I was eating lunch or driving to work. Of course, once the design becomes popular we use the name without account for the literal meaning because what was an adjective is now a noun. It is the modeler who ultimately decides the fate of a design, regardless of the name. I think the Ugly Stick (oz5175) is a good example. That airplane could have been named Chicken Squash and it would still be the same excellent design. So perhaps the name is not all that important, at least to the modeler anyway.

It is a known fact that the majority of R/C modelers are sport fliers who could care less about contests. Just give them a half decent day, a place to fly, some fuel, and the sky belongs to them. Unfortunately, however, the kind of airplane that fits the needs of these modelers is not that abundant in the hobby shop. Why? For one thing some kit makers believe that only contest winning models sell. This is certainly true to a degree but what happens when the plane stops winning? Or when there is a change in rules that necessitates a design change or even abandonment of the existing design? They gather dust on the hobby shop shelf, usually. But the good sport model will sell on and on. Unfortunately, only a few manufacturers recognize this and even fewer supply the sport modeler with the creativity necessary to capture their interest. I think the sport modeler is the most under-rated, least heard, and most taken for granted individual in the entire realm of modeling. And yet he makes up over 80% of our modeling population!

When I design an airplane it is usually because I can't find exactly what I want in the hobby shop, Being basically lazy, I would really prefer punching out die-cut parts and gluing ready-made pieces together. But no sooner do I design one up for myself then everyone who sees the model wants one also, This is great for the ego, but a heck of a lot of work. But it is a labor of love (and little money!) and I have always enjoyed sharing my ideas. It is a great kick to go to any flying field in the country and see a model of my design being enjoyed by someone I don't even know. The satisfaction derived is hard to describe. And so I now offer to you a model called the 'Magnum 40'.

The Magnum 40 is a terrific 'hot dagger'. But don't let that scare you because it is also a pussy cat, being very docile and responsive in slow flight. It is an excellent airplane for fun flys, sport pylon racing, or just plain fun flying. The wing being a 15% airfoil with 546 square inches area carrying 4 pounds around with a .40 size engine on the nose. amounts to an airplane capable of just about anything.

The Magnum 40 has the greatest speed differential capability of anything I have ever flown. It is a real kick to literally burn up the sky with high speed passes, snaps, loops. rolls, pylon turns, etc and then to throttle back and tool around at almost a walking pace. With a little breeze it will actually fly backwards! It will loop tighter than a control-line model and square maneuvers are hard to believe! Have I got you interested yet?

The performance capability of this airplane and its unusually good flying characteristics are, for the most part, due to the airfoil. I have been experimenting for years with variations of this airfoil. I have used it on pattern ships, gliders, pylon racers, and even propellors. In fact the P-47 Thunderbolt that I designed for Top Flite has it partially and by now the flying qualities of that airplane are almost legendary...." 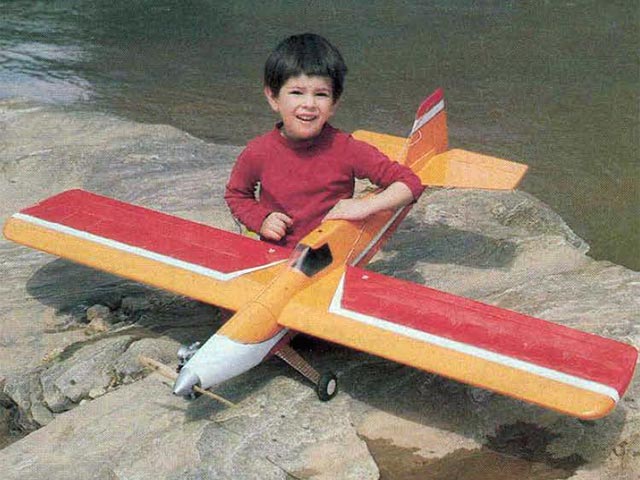 We had a lot of fun with this design when it first came out. Several guys in our club built them, it was a great flying plane. Wish we’d had iphones and gopros back then!
Todd - 02/04/2021
Add a comment