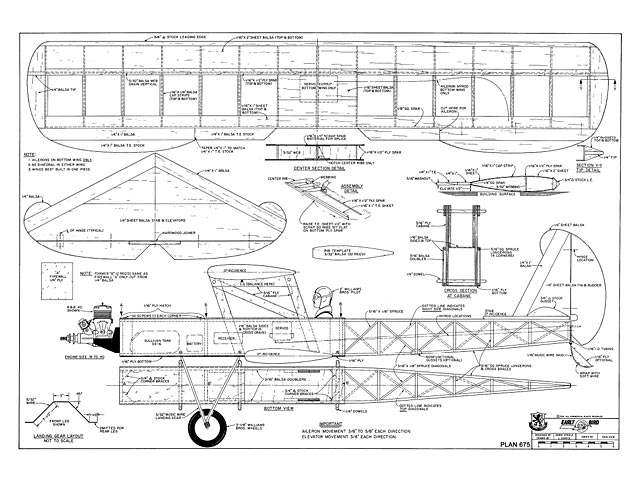 Everything I've ever designed or built was for a need - usually because I needed something to fly. I don't use up a lot of airplanes, but I've 'bought the farm' with (at least) my share over the years. It was never my fault, of course! Either I ran out of up (or down) and gravity got 180 degrees out of phase, with the ground coming up to meet my ship turning a figure 8 into a figure 9, or something...

The Earlybird wasn't designed just to have something to fly. At the time of its conception, I had three or four presentable, fine-flying birds ready to go, but I hankered for something a little different. Different is easy. Lots of ships are different - like green hair. But I wanted more than something different. I wanted a ship that was aerobatic, quick to build, and one with enough eye appeal to impress the crew at the local flying site - something with the flair and glamour of antique aviation - a new classic. And it had to be a bird which a new RCer could assemble easily and quickly to use as a flying platform on which to build that (essential) 100 flights or so, leading to self-reliant RC proficiency.

Anything a beginner can keep together for that first 100 flights is an acceptable trainer, but controlled, overly-stable (almost) free flights don't really teach anybody to fly. Although many mild pattern ships make fine first RC's, most newcomers are afraid of them. There are those fledgling pilots, of course, who want to start with a 4-engine amphibious flying boat or a bomber with retractable landing gear, operating gun turrets and bomb bay doors! If you're new to the sport, trust me. That ain't the way to go - honest!

I believe a newcomer to RC is entitled to a really jazzy, good flying first RC. Something that has enough eye appeal to ensure acceptance and maybe even a bit of admiration from one's modelport peers. A little shot for the ego - an attractive soul orchid, if you please. EarlyBird's open Warren-Truss fuselage fills the bill and turns heads at every flying field I've been to, but mainly we ended up with a fantastic flying machine for beginners and barnstormers alike..." 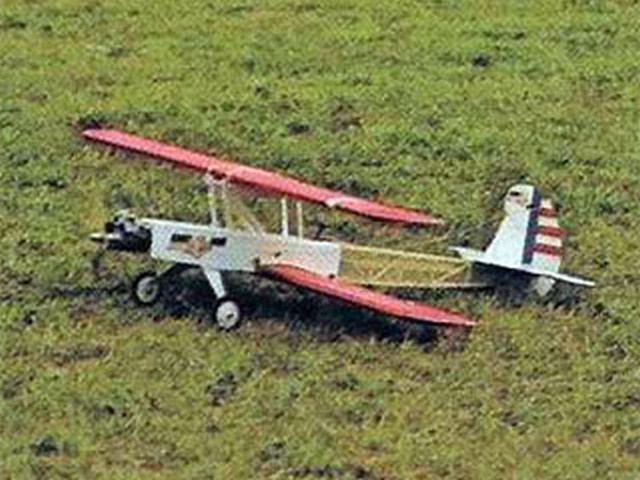