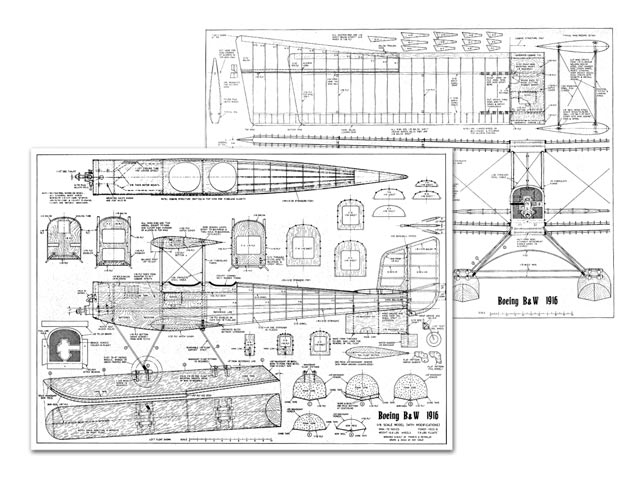 It's a flying replica, built in 1966 to modern standards, of the original Boeing airplane which first flew in 1916. Two were made then - and sold to the New Zealand Flying School - but the new one isn't for sale. It was built to commemorate the 50 years of progress which have seen Boeing grow from 21 men working in an old boathouse on Lake Union in Seattle, to the world's Largest aerospace firm.

And it flies. Oh, man, does it fly! The Federal Aviation Agency attests the fact - they've licensed it for experimental exhibition use, within glide range of water. The first two were not FAA certificated because there wasn't any FAA then.

When, over 50 years ago. William E Boeing became interested in 'aeroplanes' he teamed up with a man named Westerveldt and they designed and built the 'Boeing and Westerveldt.' This B&W was the first Boeing airplane.

The Seattle area has many lakes and bays, and the Boeing 'factory' was on Lake Union in those days, so a seaplane was a natural. It flew in a number of air shows since, and now rests in the Seattle Aeronautical Museum.

My objective was to make a rugged, practical, good-performing model, with scale appearance a secondary goal. I had no particular thoughts of competing in scale events, so I made a number of moderate changes. Since completing the model, however, I have entered it in three competitions and won a first, a third and a second in spite of the deviations from scale.

If you are a purist or a scale competitor you may wish to revert to the original lines shown in the small three-view drawing. I know it flies well as presented. I don't know how it would fly if built to the scale lines, so you are on your own. You would certainly have to weight the nose to keep the CG forward if you go to scale nose-moment arm.

Boeing's 1966 replica of the B&W used small wheels attached to the floats for field use, but the 1916 B&W had floats only. The short nose of the B&W combined with a far-forward CG requirement presents a problem..."

Quote: "Steve, Sorry for the low-rez here, it's scanned from the magazine which is white line on black back. Thanks to Irfanview for the tool to invert the scan to black on white. It's a nice plane by Francis Reynolds, who later did an interesting column for Model Builder Magazine. The foam floats were somewhat forward thinking on his part. Scale RC biplane, .60 power, 72in span, 1/8 scale, 7-8 pounds all up weight. It's historical in that it was Boeing's first aircraft. 2 were built and a replica was built in the late 60s to mark the 50th anniversary. So now we double that and near the 100 year mark. She has a decidedly 'Jenny-ish' look about her. Francis designed a few interesting aircraft, but they were published in MB so you will have to get them from the AMA." 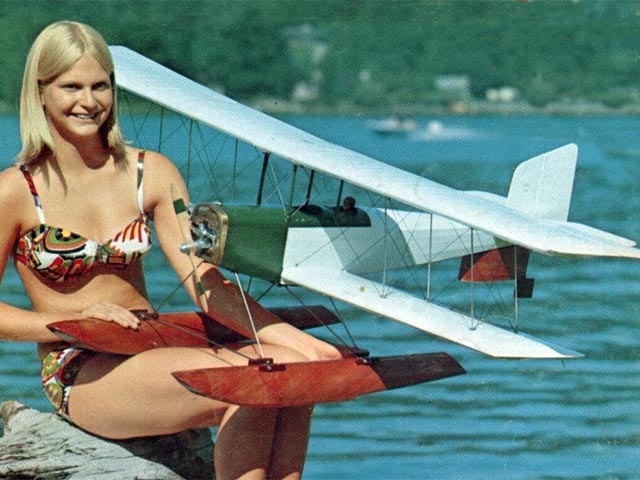 Hi Steve, I just wanted to add some interesting info. The information on the B & W is correct as far as it goes. These 2 planes were made of wood. wire and linen. Interesting for a Usage Class of Seaplane. But further, the 2 planes were named Boeing Model 1. And each airframe received its own name as the first was named Bluebill and the second airframe was named Mallard. I can only assume those are the ducks on Union Lake. This is so interesting because it is the beginning of the Boeing Co as we know it. Take the time to read the Wiki on the Boeing Model 1. Thank you for all your work and I have now found a Fully Scale Model that really want to build on a large scale.
anon - 05/09/2018
Add a comment