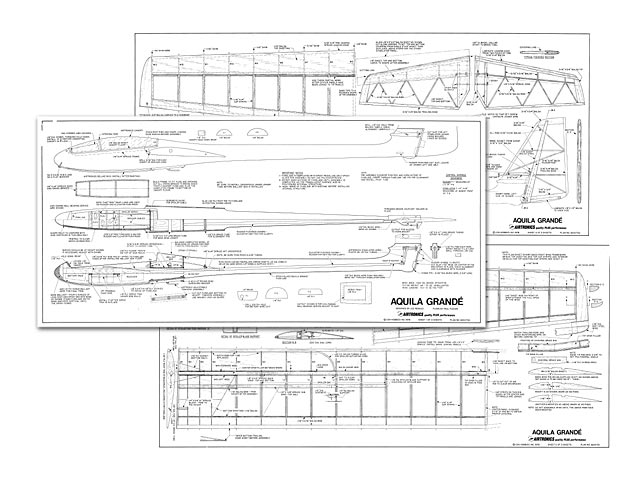 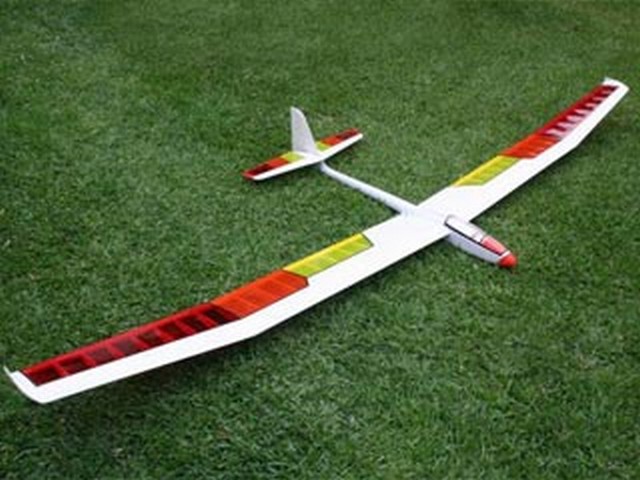 I came across this article while looking for a plan I could build to 'reorient' / retrain myself how to fly an aileron ship (plane) and was pleasantly surprised to see a picture of an old friend I haven't seen for decades and unfortunately lost track of him from getting caught up in the 'Rat Race' we call life - not griping mind you, it's been good to me and now that I am retired (as of Feb. 2011) can get back to enjoying the things I used to do - flying my QuickSilver Ultralight and my gaggle of RC's.
Anyway the young man is Skip Miller and the photograph of him is when he won the AMA National Sailplane contest with the standard fuselage Aquila (8') Sailplane I'd built for him sometime in 1978 - but from what I understand is he had chosen to go with the 120 in. 'Grande' wings when he competed.
Building this plane was one of the most intricate builds I had undertaken at that time and to this day the most satisfying since I fell in love with the design when I first saw it being flown over the Pacific Ocean at Salt Creek and after speaking to the "pilot" about it's qualities and performance I knew this was the ship for me and it has never let me down and has exceeded my expectations by sometimes gaining lift in marginal conditions - and the only modification I made was to add flaps to the inner wings.
Although I had direct access to the slopes above the Santa Ana River near the mouth of the river I would sometimes use a hi-start to launch it from the NW field at Costa Mesa High school so as to not interfer with people flying off the slopes - and Yes I did post a note indicating which frequency I was using.
If you decide to build this beautiful aircraft you will need to set aside a few evenings to devote yourself to building the wings with NO distractions as it is fairly intricate, and IF you decide to incorporate a set of flaps then decide how you are going to do so and lay out (draw or sketch) a plan to help you during the building process and you will not be disappointed with the results.
I can't say enough about this design or for that matter ANY kit that 'airtronics' sold which to me were the standard for the industry; I have most of the offerings they had during that time period and even though I built them all I still have several still in their boxes since I'd end up buying another to build now (meaning during '75 to '79) and years later (meaning Now, forty-three years later) but surprisingly after all these years later they feel like they might still be able to be flown - but at the same time might just leave them on display in a room above my garage and build another to fly.
Thank you everyone at 'Outerzone' for bringing back a fond memory of my younger days and for sharing the great plans you've submitted to your site.
Larry M Whalen - 25/04/2022
Add a comment