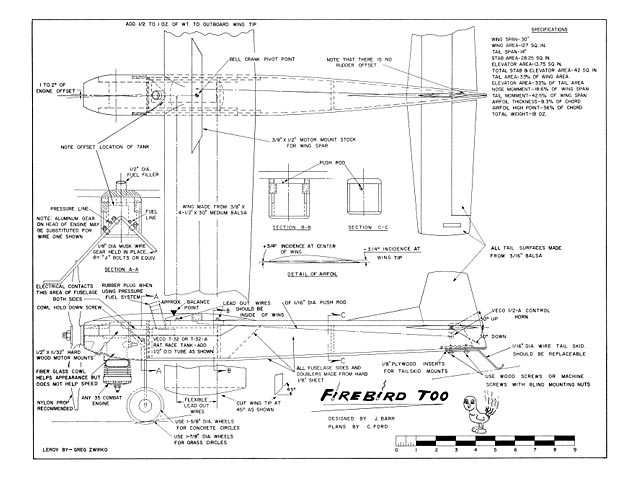 Quote: "In the past several years rat racing has grown in popularity bringing in more and more fliers. The basic idea of rat racing was to provide a simplified version of Team Race. I believe that in most cases the event has done this. By not limiting airplane design or tank capacity the average modeler can build an airplane of his own design or one of the few kits on the market and have fun competing. But as happens in every event, certain individuals soon start to win more than anyone else and become so-called experts.

If these people who are winning tell the other fliers why they're winning the result is more competition and the event will flourish. However, if the information is kept to a few the event will usually die. I believe this is what caused the demise of Team Race. So that rat race will not go the way of team race, I have put down in this article the things I believe go into producing a winner in rat race.

One word you are going to see mentioned quite often is combination. This to me is theone sure fire way to win a race; have the best combination. In Fig. RR1 are listed what I believe is required to produce a winning combination. They are not listed by importance but merely by their percentages in the total event. You may not agree with the relative percentages at first glance but if you go into the event seriously, I think you will come up with about the same breakdown.

If you don't care about winning at rat racing and just fly for the fun of it, the information in the following article will be of no value to you. However, if you would like to beat your arch rival in the next contest -read on. Who knows but what you might learn something.

The rat race airplane is quite an unusual craft. It must go fast but it must slow down quickly. The plane should be light yet strong. A rat racer must be stable yet responsive..." 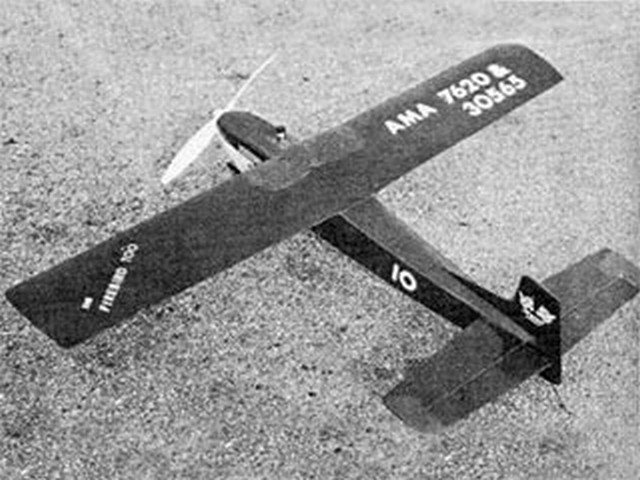