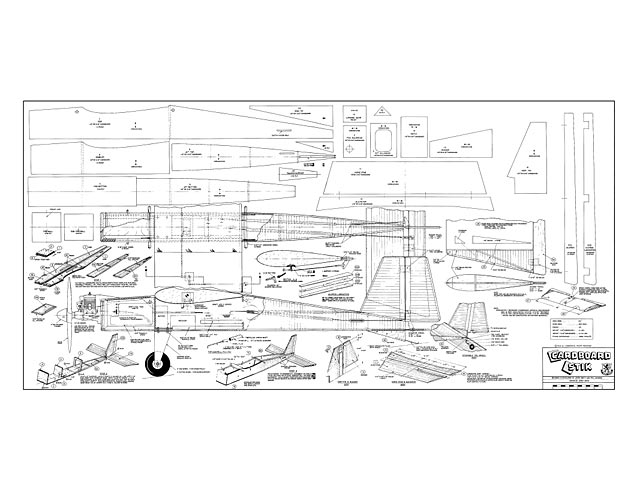 It has always been a tremendous challenge to the effort and ingenuity of R/C club officers to maintain a high level of membership interest within the club. Tri-Valley R/C Club of South Bend, Indiana, is no exception and seems to have this problem every year, with each new year becoming more difficult. Although 1973 was busy as usual with individual member's projects and the usual club sponsored events, something new was needed to spark interest within the group and provide a greater common ground for the entire membership. A number of ideas for a club project were tossed around by some of the club members and finally out of this 'Witches Brew' came the idea of a cardboard airplane. Initial reactions to the idea by some of the members was modest to say the least, but the idea was pursued and presented to the membership for consideration. Three designs were presented as cardboard possibilities: Stick (oz5175) Design, the RCM 15-500 (oz), and the Falcon 56 (oz2424). A vote was taken and the Stick Design won over the RCM 15-500 by one vote.

Real interest in the project started when one of the members cut out a cardboard fuselage, brought it to a meeting and gave a demonstration on 'How To Assemble a Cardboard Airplane in Seven Minutes.' In order to do it in seven minutes he had to use rubber bands instead of glue and a very slow running watch, but we forgave him for that since the results were very impressive. The demonstration was a great success and having been well publicized in advance via our monthly newsletter 'Tri-Valley R/C News' surely accounted for the large in-crease in the meeting attendance.

At the next regular meeting, again well publicized, a design for the 'Cardboard Stick' was presented together with all the materials and information necessary for each member to start in on his own cardboard project. Sheets of cardboard, foam wing cores, cardboard wing covering mater-ial and printed instructions were available at the meeting. Partially completed fuselages had been built and were passed around for the members inspection and approval. A demonstration was made showing how to cover a foam wing core with cardboard using contact cement for adhesive. Attendance at the meeting again was very high indicating substantial group interest. All the materials brought to the meeting were picked up and members were clamoring for more. So, the Cardboard Stick was officially launched.

The term cardboard actually is somewhat misleading. When we refer to the use of cardboard in the fuselage and empennage, we should be using the term 'corregated fiberboard'. The cardboard used to cover the foam cores is called '10 point coated paper'.

Corregated fiberboard, to use the correct terminology, is specified by test strength, facing weight, and flute style. It is usually used in the single wall form which consists of a Kraft paper outer facing, a fluted media, and another Kraft paper inner facing. Test strengths are dependent upon the weight in pounds per thousand square feet of the inner and outer facings and the weight of the media, plus the flute style of the media - B, C, or A. Size B flutes yield an overall thickness of about 1/8 in, C flutes 3/16 in, and A flutes 1/4 in. The overall thickness of the corregated fiberboard will vary from these dimensions depending upon the Kraft paper weights used in the facings. Corregated cartons will usually be marked with the test weight and the facing weight, but the flute style will not appear. 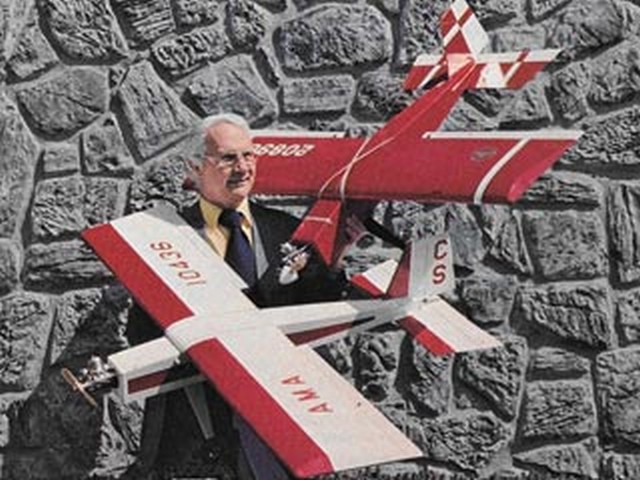