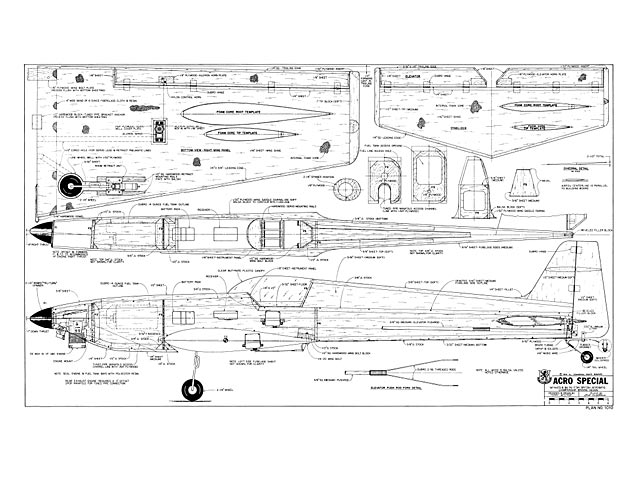 Quote: "Akro Special is one of the top contenders in the F3A Aerobatic Turnaround in England - try it - you'll like it! Akro Special by Terry Westrop.

Editor's Notes: Pilot/designer Terry Westrop lives in England and has been flying and competing in aerobatics since 1981. He flew Pattern until 1983, at which time he started in the F3A Turnaround events. The following year, he was using a semi-scale, fixed landing gear model with wheel pants. That looked great but was not aerodynamically clean enough in rough weather. It was then, in 1985, the Akro series was developed to combat all weather conditions.

At the present time, Terry is not sponsored and doesn't recommend any particular equipment. The aircraft will accommodate most any type the builder prefers.

What makes a good acrobatic pilot? Terry feels it helps to have the correct equipment, but most of all, you need patience and dedication. This starts from the initial trimming through many hours of practice and studying the fliers you are trying to catch. It is not only the flying, but the preparation and competition attitude that provides that little extra that is required. Terry's contest success is as follows:

This Akro Special is the latest version of my precision acrobatic airplane designed specifically to meet the requirements of the Turnaround schedules. The new schedules introduced in 1984 are more challenging to both model and pilot. The novice programme used in the UK is included in this report.

Akro is a constant, moderate speed model, aiming to give the schedule a more graceful appearance and produce smoother flying. Unlike pattern models and schedules that would tolerate weights approaching 11 pounds and remain competitive, it is a distinct advantage to build as light as possibe..." 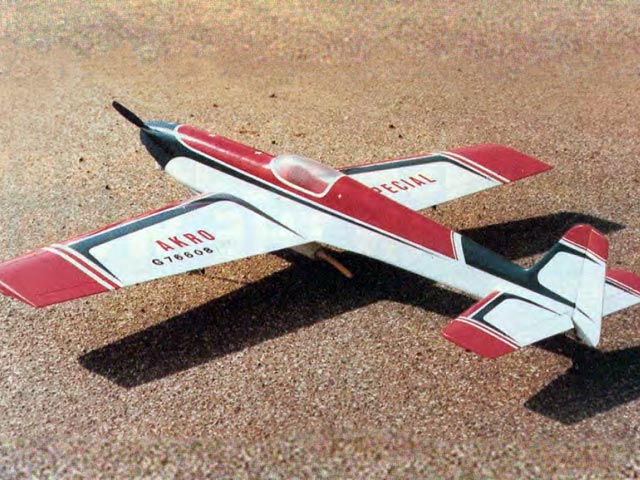