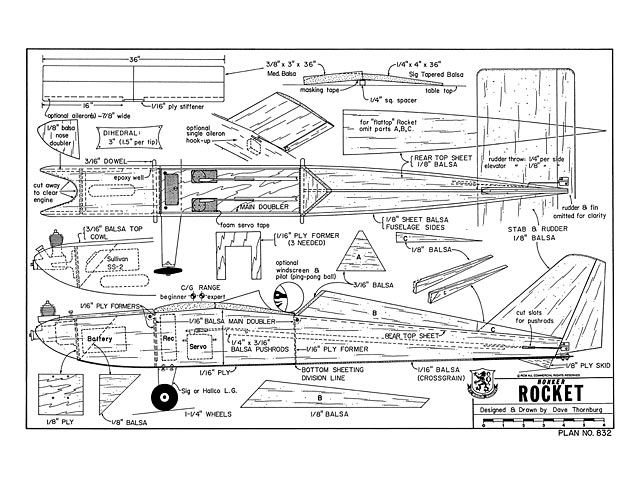 Quote: "Just the thing for sport or fun-racing. Imagine where the high point of the day is getting four ships tip-to-tip coming out of the near pylon - everybody carries that image with them long after they've forgotten who won the heat.

For the past few months a group of us here in California have been racing a 'formula one' Honker (oz5524) (June '73 RCM) and having a ball. The airplane uses the Honker wing and stab on a simple, realistic shoulder-mounted fuselage, and our racing rules are only eleven words long - No changes to airfoil, decalage, planform or Cox Black Widow Engine. Period. Most of us of us fly rudder and elevator, although aileron/elevator is legal.

The object of the game is fun, not all out speed. When the San Jose Wavemasters were holding their quarterly 'Honker Races' last year. they were flattening the undercamber, sharpening the entry, playing with thedeclage, running pressurized Tee Dees and turning within one or two seconds of the best 'open half-A' times - too fast for us Sonoma County hippies! So we decied not to go that route. Instead we wanted a stable, light, realistic airplane that built quickly and would be good for sport flying as well as fun-flying. The Honker Rocket fits that bill.

The Rocket is just as easy to build aas the original Honker. The wing is the same simple all-balsa design; two pieces of light sheet glued together with 1/4 in undercamber. No ribs, so spars, no nonsense. The wide fuselage has plenty of working apsce around the radio. Up in the battery compartent there's room for a two-ounce tank..." 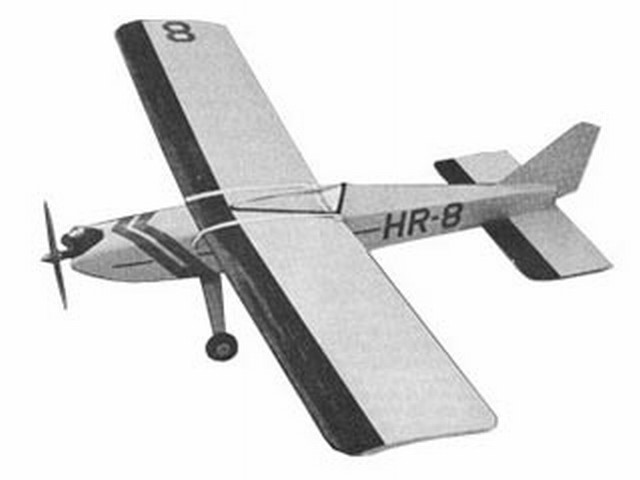