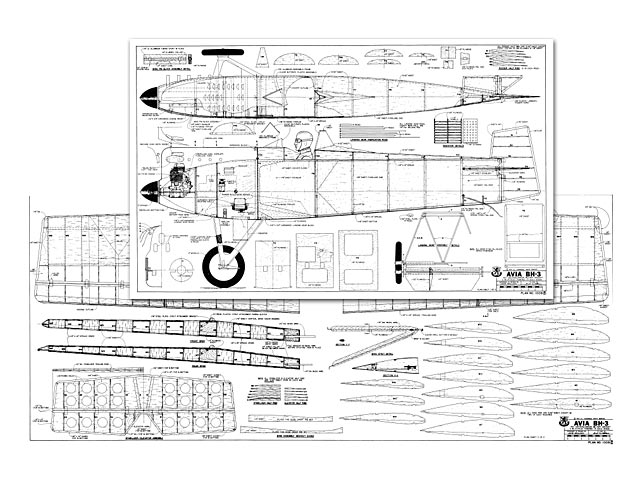 In many countries, the years between the first and second world wars saw aviation growing at a breathtaking pace. Airplanes of every shape and description were built by individuals and companies. Here, in North America, we are aware of designs like Curtiss, Boeing, Northrop, DeHavilland, Nieuport, Fokker, and a few others, but they are only part of a much larger picture.

How about names like Avia, Aero, Zlin, Praga, Letov? Though not known here, they were some of the many firms existing in European countries. One country where the aircraft industry saw incredible growth was Czechoslovakia, situated right in the middle of Europe. It was amazing that, for its size, it had five prosperous aircraft countries, producing a wide variety of planes. One of these was Avia, established in 1919 by two enthusiastic men: engineer Hayn and engineer Benesh. In the era of biplanes, they believed that the monoplane had a future.

Their first design was a monoplane, followed by a version strongly resembling the one presented here. Right after it was shown at the Paris Exposition in 1921, where it drew a lot of interest, a different engine and other minor modifications were made to the design; and a new model, called the BH-3, was presented to the Czechoslovakian Army. Up to this time, all of the planes that the Army had were biplanes, so it was with great reluctance that the Army ordered a small batch of these new monoplanes. At the beginning, they used them in their fighting units, and later on they were transferred to the Army Training School.

There is much more to be said about this plane and the company, which is still in existence; but this article is supposed to be about the model, so I'll leave off the history and get to the model.

Approximately three years ago, I was planning to get a .90 4-stroke engine and was looking for a suitable scale plane for it. Being of Chechoslovakian descent, I was aware of their designs. I have in my possession 3-view drawings of most planes built in that country. Without much hesitation. I went for the Avia BH-3. I like the appearance, the idea of a cowled-in engine, and its relative simplicity. There was a challenge as well. With the nose being so short it forced me to be careful with the selection of building methods and materials in the tail area. The wing, being an unorthodox shape, appeared to be difficult to duplicate, but after I decided on the method of construction, the building was easy. If you study the drawing carefully and build the model as follows, you shouldn't have any difficulties. This model is not for beginners, so only major building steps are described.

Construction. Building should start with the fuselage box spar into which the finished wings will be plugged. See the plans for details. Wheel collars will be used later on to lock the wings in place. Access holes must be made in the bottom of the fuselage box for reaching the set screws to assemble and disassemble the model for transport.

Wing: The wing is built in this sequence. Cut out all of the ribs. Build up the front and rear spars. This is done by gluing every second vertical web to the top and bottom 1/4 x 1/8 spruce spar, right on top of the plans to assure accuracy. Once you have the spars made, take the front and rear spar for one side and inset the ribs one at a time into the openings..." 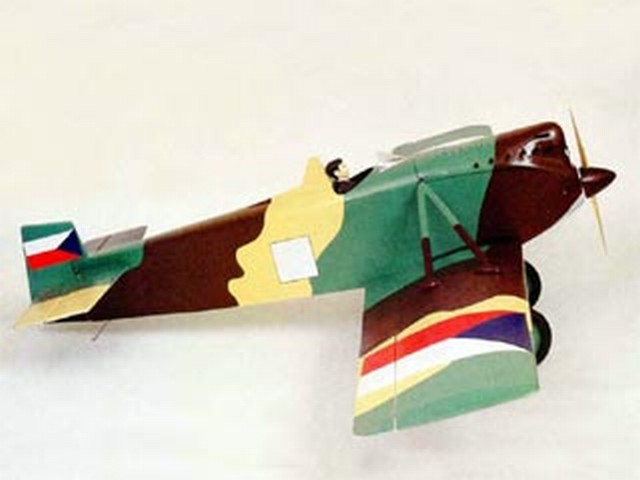