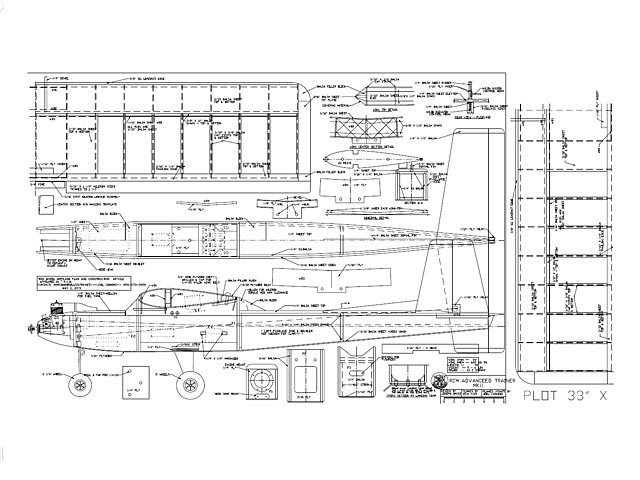 Quote: "The original RCM Advanced Trainer (oz5306) designed by Don Dewey and Joe Bridi appeared way back in 1972! It was intended for the fledgling RC'er who had graduated from the RCM Basic Trainer, circa 1968, to a more maneuverable machine. Maneuverable it was, it was also stable and forgiving which, together with its attractive Cessna-like, realistic looking lines, made it an instant favorite.

It was never published in its original form in RCM, only in the first Flight Training Course, although the full-size plans were available from RCM's Plans Service. It was also available as a Bridi kit, and later a Great Planes kit, resulting in thousands being built and flown. However, as we know, there have been many changes in R/C since then. The original plans show a K&B Veco 61 engine and S&O (Salkowski and Oddino) radio system.

Since RCM still gets a number of requests for the original plans, probably from those who run across the airplane somewhere and are impressed by its performance, it was decided to update it to more closely match today's construction methods, materials, and hardware. Thus, the RCM Advanced Trainer MKII. At this time, I would like to state that this idea grew in large part through the encouragement and assistance of Dick Kidd, who, due to my foot dragging, did not get to see it in print, though he did get to see the completed model. I'm sure some of his students in that great flying field up in the sky can use a more advanced machine, and Dick will be happy to see that I finally got it all together. I humbly dedicate the RCM Advanced Trainer MKII to the memory of Dick Kidd.

CONSTRUCTION It has been my experience that those who build from plans are at least somewhat experienced builders. Also, the original construction article from 1972 will be included when you order this plan, so I will discuss only the changes I made to bring the MKII up to date.

The wing is easily assembled on a Great Planes (GPMR2300) or similar wing jig, a $20 device that not only speeds up wing construction, but ensures straight results. It comes with comprehensive instructions as to its use, though I will share with you a couple of hints which work for me.

First, one has to produce the ribs in 3/32in balsa! There are a number of ways to do so; your choice! You might opt to make a plywood template, cutting around it, one at a time. Another method is to make two plywood templates, sandwiching rib blanks between them, one wing side at a time, then carving and sanding them down to the templates. If you are lucky enough to have a disk or belt sander, or have a friend who does, a stack of blanks with a copier-generated paper pattern rubber-cemented on top can be accurately shaped in minutes. Just be sure that the sanding surface is exactly perpendicular to the work table. The jig requires two 1/4in holes in each rib through which metal rods are inserted, providing the proper alignment...

Okay, now it is decision time. The MKII, like the original version, was set up for a single aileron servo, as was common in those days. However, those of you with a flaperon (flaps and aileron) capable radio should consider the installation of two such servos, as required for flaperon operation. Little change is required - instead of the single center mounted servo, individual servos are mounted in each wing section, again in its center section. The same type of wood supports are required, only one in each side, instead of the single unit. You will find flap operation extremely useful if flying in sites with limited space. Besides, it is another flight technique to learn.

Another major deviation from the original RCMAT is the elimination of those greasy wing-holding rubber bands in favor of a screw-secured wing..."

Article pages, text and pics, thanks to ar196, AugustaWest. 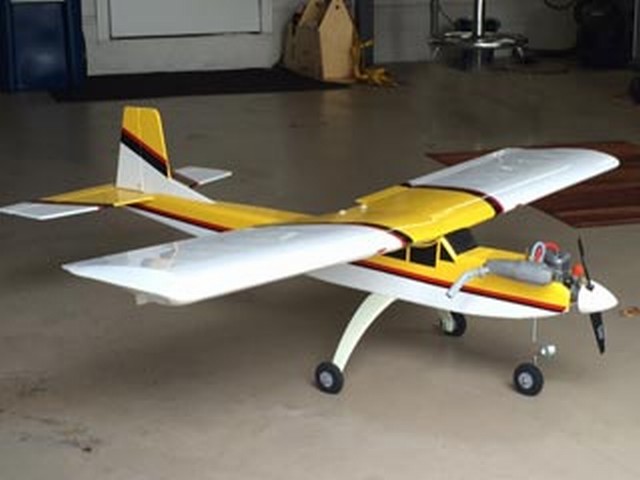