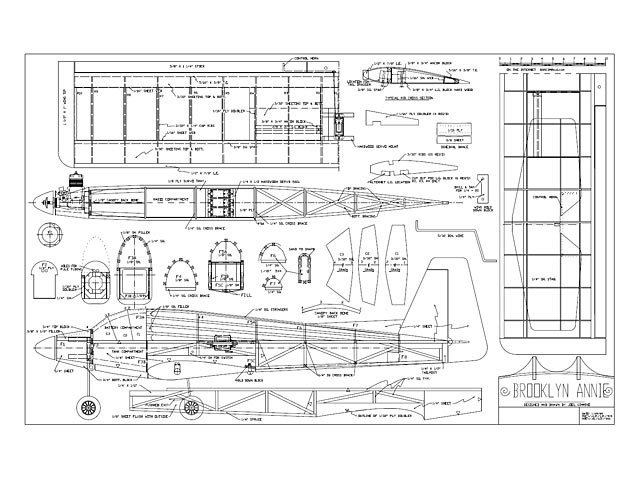 Quote: "Versatile .40-powered model can be a trainer or a maneuverable aerobatic model. Brooklyn Annie, by Joel Cimmino.

ABOUT 25 YEARS AGO I designed an aircraft that has been the most versatile airplane I have ever had. I have flown it as a taildragger, a trike, with retracts, and without. I have used it with one and with two engines, from .30 - .45. It even flew well with a Wankel .30. It became so popular among my fellow club members that I made kits and sold all I had. They liked it because they could teach their sons and still enjoy it themselves.

Brooklyn Annie (named for my birthplace and my wife) is a gentle airplane but is maneuverable enough to do knife-edge. It can handle all basic maneuvers, including a rolling circle. Landings can be slowed to a gentle-but-positive touchdown. At five pounds, it has no bad habits.

Through the years I have changed and refined the design. Originally, I used sheet sides for the fuselage. One day a friend of mine came to the field with an original built-up sport airplane. You could see each piece of wood through the transparent covering. His workmanship was not hidden under paint. It brought back the time when I was a kid and built 10-cent models with sticks. So I made a change to a built-up fuselage. It is still very strong, and looks good. If you are neat, it will show off your workmanship.

Construction. Wings. The wing uses D-tube construction. It is very light and very strong. The wing loading is about 22 oz/sq ft at five pounds model weight. The lower spar sits flat on the plans. The ribs are also flat from the spar to the trailing edge. You don't have to use any special type of jig to build a warp-free wing.

Quote: "Hi Steve, the next set of plans is the 'Brooklyn Annie', named after my wife, Annie. It is the third model plan published in Model Aviation magazine in 1997. The first and second model will come later. My club members found this aircraft was very good for teaching new flyers if set up with small movements." 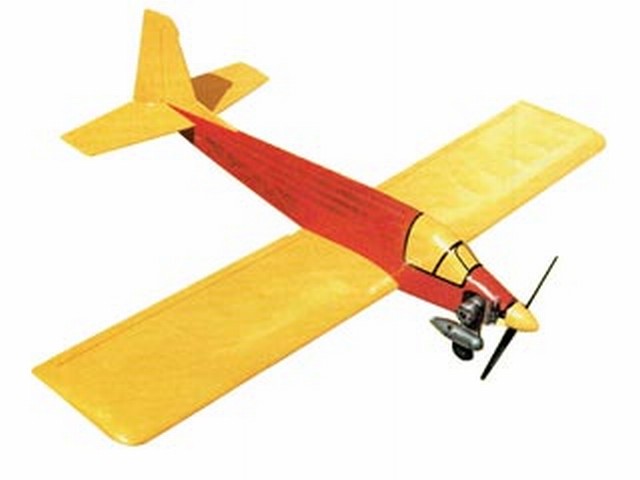