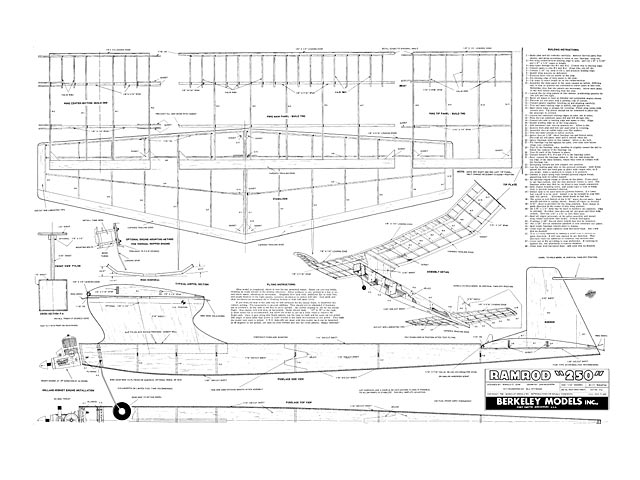 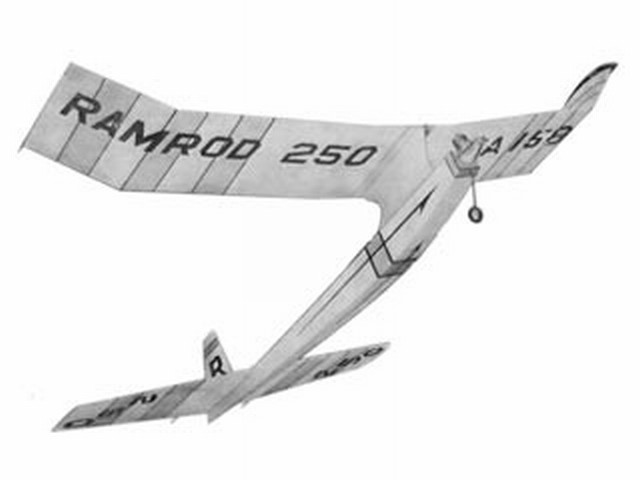 This was the greatest free flight contest model ever built, available in all different sizes, all flew well. The Holland Hornet shown on the plans had a fatal flaw, a weak rod, which would self destruct at the worst possible time. Most builders replaced it with a Cox TD, much more reliable. My buddy Joey built a larger version about 1961 or so, had a Fox Combat Special that would accelerate straight up. It was indeed easy to trim, with a natural right turn in the climb against torque. A little left rudder trim would result in a wide circle to the left. Joey's disappeared in a thermal during a test flight when he neglected to light the dethermalizer fuse, losing the expensive Combat Special and Tatone timer. The kit was, like most Berkeley kits, awful. Heavy, die crushed wood was a struggle to assemble. Plans were beautifully drawn, and models built from those plans were a lot better built, in fact the Berkeley kits were so cheap that many modelers threw away the wood and just used the plans. I'm guessing the majority of Berkeley kits were never finished.
DougSmith - 16/05/2015
Add a comment