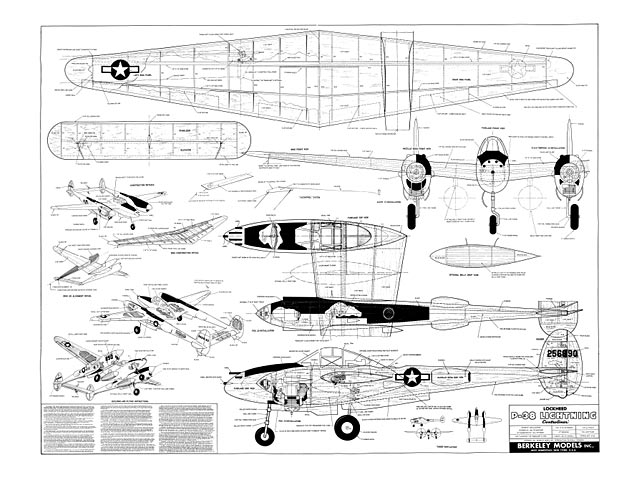 Quote: "The Lockheed P-38 was one of the most famous and versatile planes used in World War II. Designed as an Interceptor in 1939, it was used as a fighter, fighter-bomber, skip bomber, camera plane, rocket carrier, tank buster, strafer and ambulance plane. In the latter case, modified drop tanks were used to carry wounded men. The P-38 was the first American fighter to shoot down an enemy plane, just minutes after the United States declared War on Germany. In its years of combat, the P-38 design underwent a series of improvements as combat requirements dictated, ending with a plane with the firepower equal to a cruiser broadside, a bomb load greater than the early version of the Flying Fort. Its fuel capacity alone was greater than the weight of a typical Japanese fighter.

This great fighter was the first to exceed the 400 mph mark, and the first to encounter the compressability of the air as it neared the speed of sound in maneuvers. The P-38L, last of the series had a speed of 425 mph and was powered by two Allison V-1710-F30 engines, producing 1475 hp. each. Gross weight was 16,255 lbs, and its ceiling was in excess of 40,000 feet. Range was over 3000 miles. The P-38's equipped with drop tanks spanned the Atlantic in mass to strike at Rommel's tanks in North Africa.

The P-38 Lightning presented here is the latter version, the P-38L. Scaled to 3/4 in to 1 ft, it may be powered by two .14 to .36 engines (one inboard .36 engine may be used if you so desire, with a dummy prop etc, on the outboard nacelle). Two engines of the .25 to .29 size will probably be best for all-around flying. Ready to fly. weight will run about 35 ounces; depending on engines used etc. Both U-Control and Monoline installations are shown, and either may be used. The original was flown with Monoline and was highly sucessful. More on this later.

Before starting construction, study the plans and kit contents carefully. Note all difficult areas of the fuselage and nacelle booms have been carved and hollowed, and need little work to finish. You will find the plans well detailed and easy to follow. Remove die-cut parts from the sheets and group printed parts for the wing, stabilizer etc for easier reference while building.

Wing Construction: The entire wing plan is shown, simplifying layout problems. The right wing panel is shown with sheet covering in place, while the left panel is drawn with sheet covering removed. Note all ribs have feet attached, which are later trimmed off. These will assist in aligning ribs properly, allowing them to be pinned flat on the plan.

Start construction by cementing 1/16 sheet gussets W-10 to the 1/8 x 1/4 top and bottom spars. This will form a box type spar extending to rib W-5. Align over front view for reference. Once this is accomplished, the plywood center-section gusset is cemented to W-10 as seen on the wing plan view. The spar assembly is now positioned over the plan, and pinned in place. Wing ribs W-5 through W-9 are next installed, pinned to plan, resting on the feet provided. Follow with rib sections W-1 to W-4 and VF-IA to W-4A. These also will align themselves properly on the feet provided. Cement 1/4 sq. leading edge in place, and the top 1/16 x 1/8 rear spar..." 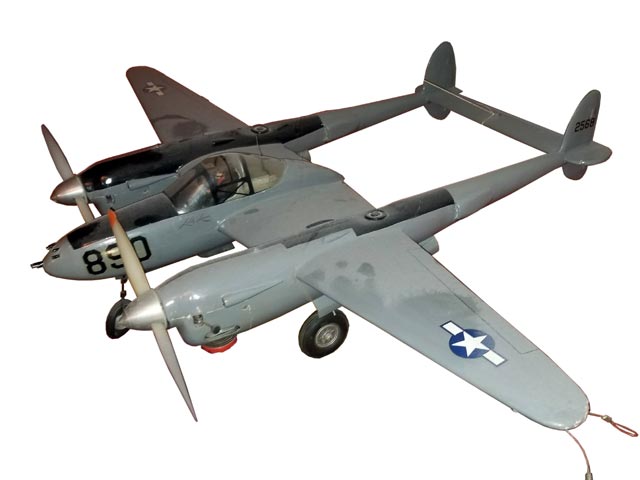