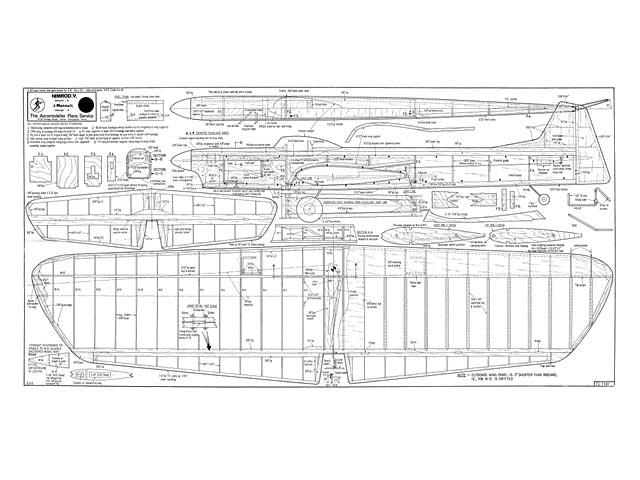 IN THE LAST issue, some of the design points of a stunt model were discussed, and I now intend to concentrate on the structural design of the Nimrod.

Nimrod I, completed early in 1968, used a constant chord wing of 620 sq in area, the thickness/ chord ratio for the section being 20 per cent, while the wing and tail surfaces were sheet covered, resulting in a weight of 52 ounces. Performance was disappointing, with a tendency to kick on the exit of square corners, and pitch up and down in level flight. Nimrod II was drawn after the 1968 World Championships and was the first of the series to have detachable wings. The decision to produce a two-piece model was made despite the knowledge that the basic design was already heavy, and the extra weight involved in such an arrangement was an unknown quantity. In order to improve on the performance of Mk I, the tail moment was increased by two inches. This would have resulted in a rearward centre of gravity, so the nose was lengthened by 1 inch to compensate. A tapered wing was employed, and again this was entirely sheet covered. The wing attachment system used has remained virtually unchanged on later models.

In designing the system, the most obvious structural considerations were seen to be:

(a) Loads should be distributed over as large a joint area as possible. There is a danger of concentra-ting all the load at the fixing bolts and causing local failure.
(b) The model must withstand a pull test of 15 times its own weight. In flight, the inertia forces are distributed over the whole airframe and in consequence the wing-fuselage joint only sees that force arising from the weight of the fuselage which is about 60 per cent of the total weight. During a pull test, the whole load is concentrated at the points where the model is held.
(c) During tight manoeuvres, the inertia of the engine, silencer, etc imposes a large vertical bending moment on the fuselage structure at the wing root. Normally, this loading is carried by the full depth of the fuselage, but with the wing and fuselage now separated, the fuselage structure above the wing must carry the whole of this load.
(d) The design should be such that the fastening bolts can be screwed down tight without increasing the load on the wing structure or causing distortion.

Before choosing the present system, one or two other ideas were considered, mainly concerned with how the fixing lugs should be attached to the wing. Perhaps one alternative is worth mentioning. The bellcrank platform was to be extended fore and aft until its ends protruded through the leading and trailing edges. The ends would then be used to bolt the wing to the fuselage, and the load from the bell-crank would be directly transferred to the fuselage. The problem arose that the bellcrank platform would have had to carry vertical loads. A further practical difficulty was that the lugs were far from the bottom of the fuselage; which meant having the fixing bolts deeply recessed. Also, the fuselage fittings at the trailing edge would not clear the pushrod between the flaps and elevators.

Finally, it was decided to employ a conventional centre section with sheet covering and to use 1/16 in plywood 'straps' along the underside of the wing to clamp the latter to the fuselage..." 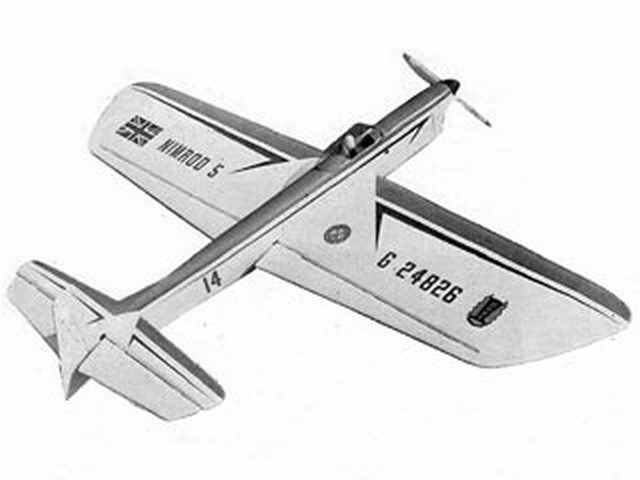