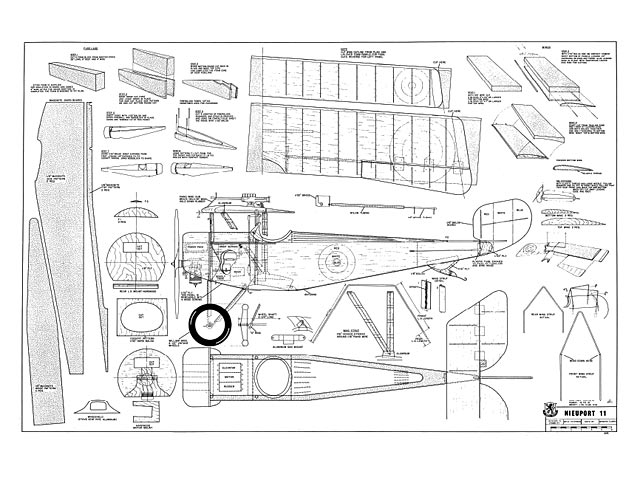 Quote: "Without any signs of emotion Slater climbed into the little Nieuport and seemed to leave the ground like a bird. All eyes were on him. What followed was the most consummate exhibition of aerial acrobatics I have ever seen, performed a few yards off the ground and back and forth between hedges of the tall trees, where a single false move would have meant a ghastly smash. He zoomed almost vertically over the poplars at the far end of the field, turned in a beautiful Immelmann - half a loop, upside down, and half a barrel, came roaring back, nose down just over our heads and did a loop from which he emerged with his wheels brushing the grass. His two spins one right and one left, were done so close to the earth that they brought even the languid instructor to his feet and each time when he straightened out, the landing gear of the plane was no higher than a man's head. Marvelous flying, but he's mad - a lunatic.

- from Falcons of France, by Nordhoff & Hall. From the eyes of a witness at a French training school in 1916.

Designed as a French answer to the Fokker E-1, the Nieuport 11 was officially designated as Nie. 11C-1. The first in a series of highly successful single seat fighters used up to the end of WWI.

How can the true modeler resist the glamour and cuteness of this famous old design?

Flying Scale is a title listed on the program at most major contests, but often at the bottom of the list. If time allows, a few brave souls risk hundreds of hours of super detail with nervous thumbs and, much too often, the result is a controlled crash. One might say that the Flying is not matching the Scaling!

Most scale buffs that I know will cringe at the idea of deviating from scale in the slightest to improve performance. In their minds it must be exact or it's not scale. For a model that is to rest on a shelf in the living room, I would agree, but one must remember that this is Flying Scale and the Flying is as important as the Scale. If a ship is unstable in the air, is it Flying Scale? I think not. Common sense will tell you that if you don't match the stability of its big brother it's Flying out-of-Scale!

Some designs will scale down and retain proper pro-portion for stable flight and the Nieuport 11 is one of these designs. However, slight changes, barely noticeable, will improve its performance 100 percent. Such changes have been made with this model but only the best trained eye can find them. In the air the ship is as stable as a rock and easy to fly. Even the most critical will admit it looks real. Technically, I will have to call my model a semi-scale design but I would rather use the word Flying Scale where the Flying matches the Scale.

Construction. An all out effort was made to prove to myself that just because it IS a scale design it DOESN'T have to be difficult to build. Usually, a scale bi-plane takes a whole building season to complete when you consider the problem areas like the wing struts, stringers, etc. A quick look at the plans and you will see how simple this can be with pleasing final results. If I could claim any breakthrough with this airplane iot would surely be the continuity of construction.. You will find that keeping track of the tools represents a bigger probelm than the construction itself. To bear this out, the fuselage and wing were completed in one day and the model in eleven days..."

Update 20/09/2016: Replaced this plan with a clearer copy (fixed central band) thanks to davidterrell80. 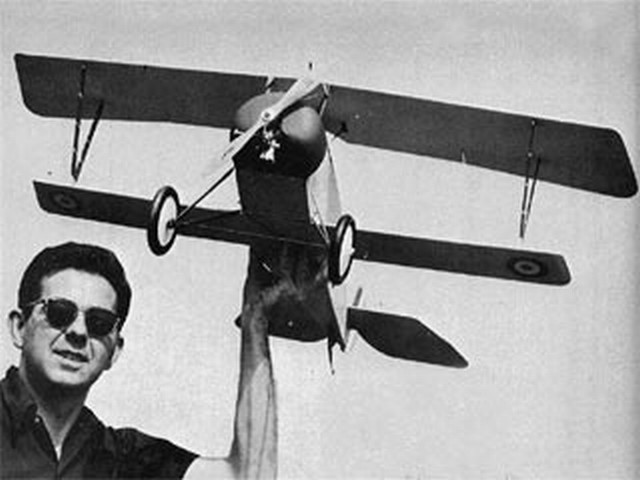