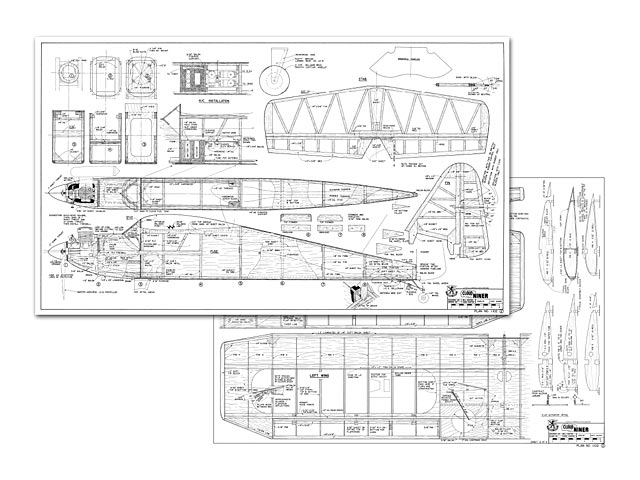 The basic Krackerjac (oz5420) design began with discussions with Hal deBolt back in the early 1950s. These discussions led to two basically similar designs, the deBolt Live Wire (oz5554) series and Winter's Krackerjac. Both have high nose and low rear fuselage side areas to improve inherent turn characteristics. Both designs were kitted in various forms over the years. From the beginning, Bill Winter departed from the typical flat bottom airfoil for better penetration and inverted characteristics. Hal deBolt went full symmetrical in his Over and Under (oz6656), the first kit capable of 360 degree steering when inverted.

The basic Krackerjac has been improved over the years to simplify construction and tweak performance. This latest Krackerjac iteration, the Cloud Niner, adds new dimensions to sport flight with large ailerons which can be drooped (flaperons) for higher lift, and also split flaps for short field take-off and landing capability. Two contemporary products are featured with the design in this article, the economical K&B Sportster .65 for power, and a modern Airtronics expanded capability transmitter.

Taking off and landing the Cloud Niner reminds one of the movie 'Air America' in which the Pilatus Porter takes off in unimaginably short distances and lands on a postage stamp field. In addition to the pleasure of just experiencing the low speed end of flight with this stall-stable, high lift model, however, are the fun-fly capabilities.

A typical timed take-off and landing series goes like this: Take off with full up. turn as soon as you break ground, chop power mid-way on downwind, turn in to land, land on wheels (possible because of good prop clearance) and go again. On the ground, another set-up and you now have flaps that go up on command for inverted flight or inverted loops, which count twice the score at Northern Virginia R/C fun-fly events. Don't try this unless you have plenty of altitude. Cloud Niner is a very good, stable platform for the Limbo. All of this and it looks realistic.

There is another way to fly Cloud Niner - Bill Winter's way. Most every weekend we typical RC'ers go out to the field and fly. We fly in an element called air which is full of currents that most in all directions, including upward. To 99% of us these currents are distractions from our intended flight path. To the 1% who care what is going on, like Winter and glider pilots, these currents are there to be explored and used. All of Winter's designs are capable of 'soaring' (as are other lightly wing loaded models such as Goldberg's Eagle). The concept is this: Put on half flaps to increase lift and to align the fuselage with the wind at low speeds. Set the throttle to just above idle, enough to fly the Cloud Niner at best lift to drag ratio (comfortably over stall), and maintain altitude in calm air. Now go look for lift. Winter flies in large, loose circle, trims the model to perfection, then lets it find the lift itself..." 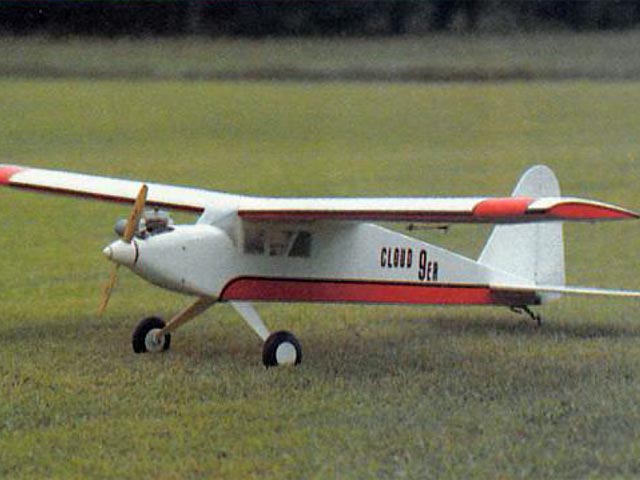