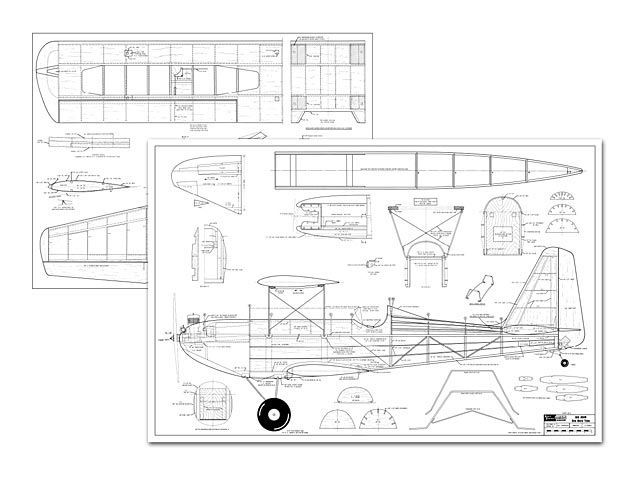 Quote: "Big John OMT is the fourth in a series. Actually only two have been built to this size. The Duster (oz1943) was a 7/8 reduction, and Galloping John (oz2882) was a 40 inch version for single channel.

Starting with Shag's original idea, I've tried to evolve a nice big realistic biplane that doesn't short change on flying ability. The 13-1/2 percent airfoil is one of the main contributions to the success of BJ. The increased drag of an extra wing has been the downfall of many designs. By using a this airfoil, this effect has been somewhat reduced. This 1500 sq inch monster booms along about 60 mph with an Enya .60 on 12 x 5 Top Flite and will do the whole AMA pattern within the allowed time.

Though most R/C biplanes are built and flown for pleasure rather than for AMA pattern (Yawn, ho-hum, and wake me up when the scale event starts), those who would enter contests find that taxiing maneuvers are difficult for a bipe on windy days. The upper wing usually scoops up air and fights the rudder and tail wheel to a draw. Consequently, the biplane taxis downwind until it runs out of fuel, range, or runway. Of course, you could add a nose gear, but I've found steering with wheel brakes to be quite effective and scale-like.

I purchased 3 surplus micro-switches (Kirkland, SAC switch sold by Ace Radio Control works nice, too) and mounted them on the elevator and rudder servos to operate WAG brakes. Full up elevator activates both brakes, and, if full rudder is applied while up elevator is held, the brake opposite the desired direction of turn is released. Although the tail wheel must have a very light centering spring, takeoffs into the wind are no problem. Cross wind take-offs, however, require some tricky rudder work, but this would be the case whether or not the tail wheel is locked.

With the control surfaces shown, all maneuvers are very smooth. precise, and unhurried. You must fly through rolls, not just slap the stick over and count, 'one-two-three'. There is a definite need for proper application of top rudder, down elevator, top rudder. Overall, however, the ship is extremely easy to fly, and though not a beginner's to build, is certainly an ideal ship for a beginner to fly..." 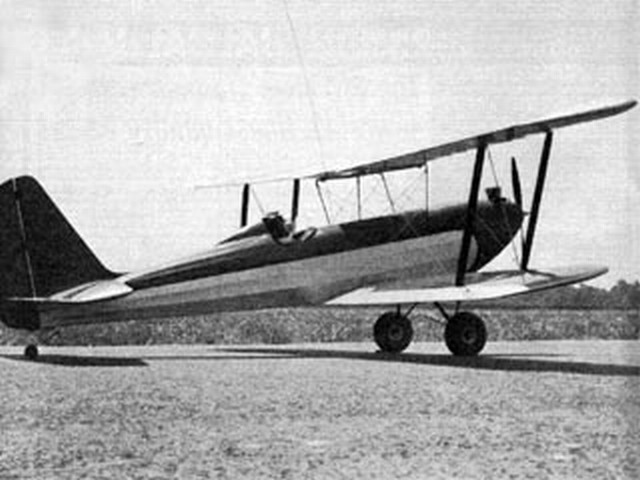 Hi Steve, I thought I'd send you a couple of pictures of my Big John [more pics 003, 004]. This one incorporates changes suggested by Bill Northrup including 4 ailerons and a larger rudder. I finally built one under 12 pounds! As you can see, I had a little fun with the paint job too. Thanks for the great collection.
JimHales - 28/04/2016
Add a comment