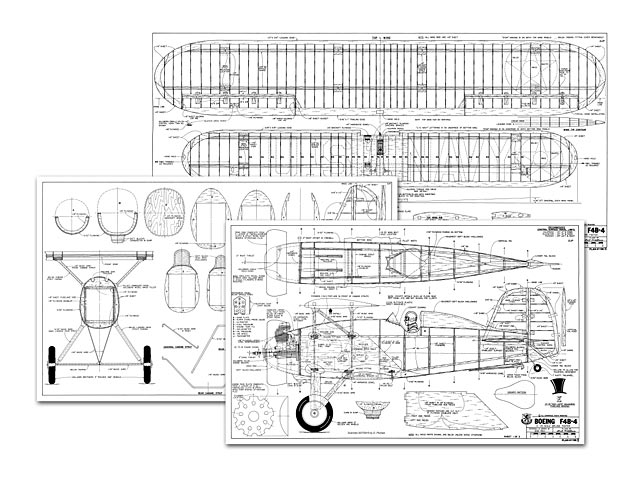 Quote: "At last, one of the most beautiful of all military biplanes, in 1/6 scale. Boeing F4B-4 by Bob Rich.

I guess I'm like most modelers when asked about their favorite airplane, they are stumped. It's almost impossible to name one, there is always more than one. It may be planes of one era, two eras, or just a lot of different airplanes from anytime.

Like a lot of modelers, there are certain planes that have a soft spot in the heart. The Boeing F4B-4 is one of those for me. The Boeing F4B-4 evolved from a line of Boeing aircraft that were very successful. The F4B-3 and 4 were used by the US Navy and Marines in the early 30's. At the beginning of WWII some were still in service for training and for pilots to get flying time. The Army Air Corps version was the P-12.

The pilots said of the P-12, F4B series fighters: One of the most maneuverable fighters ever built. They were the forerunners of the modem carrier fighters. The basic design was copied by many countries including Russia and Japan. There are still a few, very few, of these planes in some air museums.

The F4B-4 was a heavier, better armed, upgraded F4B-3 and many of the parts were interchangeable. If you build this plane for any competition, pick a particular airplane and copy it.

This model is very close to scale, as close to scale as I could make it with the reference material available to me. I used the Peter West burg drawings and Aero Publishers, Aero Series Book 5. The model is 1/6 scale, after one belonging to VF-18, the High Hats squadron from the USS Lexington, about June 1933. If some of the photos don't match the plans, follow the plans. Some changes were made during construction, all improvements.

I installed a Saito 65 4-stroke in my plane and it flies it very well, at what looks like scale speeds. The plane would probably fly satisfactorily with a good .40 2-stroke, but I'm very partial to 4-strokes. It should take up to a .90 4-stroke well.

Start the construction with the wings, as you need the lower wing to complete the fuselage. Lower Wing: Taper the rear spar from 3/8 to 1/4 as shown on the plan; 4 in from the end of the spar. The wing is made in two halves. Put ribs R-2, R-3, and all of the R-4's on the spars. Pin the trailing edge and the leading edge in place. The leading edge has to be raised to match the ribs. Glue everything in place..." 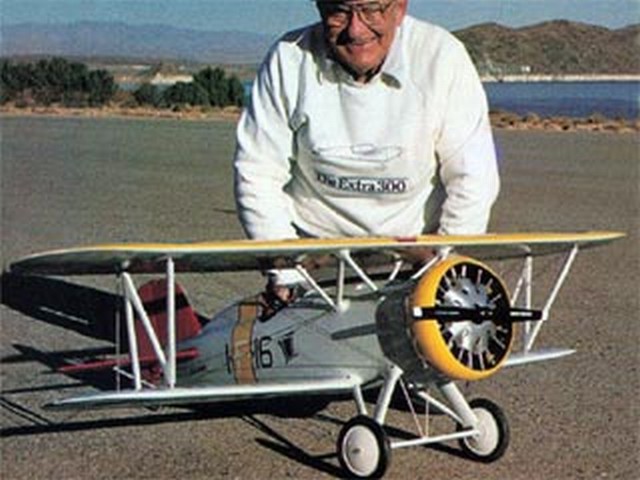