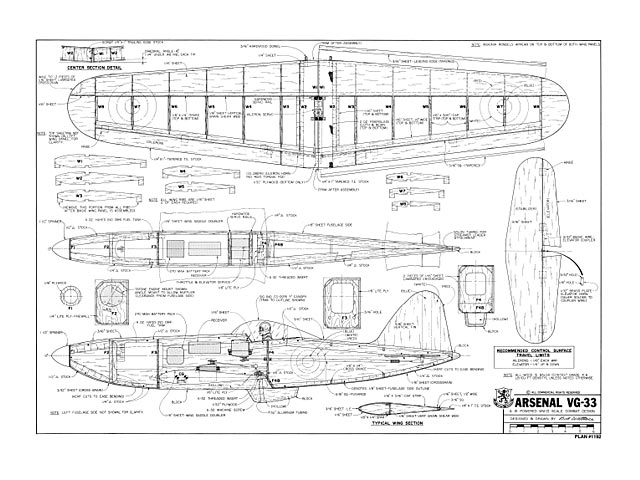 Scale R/C combat! The concept is not new, as this event has been flown for several years now, both in the United States and in Europe. Scale R/C combat's rapidly increasing popularity led to its being incorporated into the Academy of Model Aeronautics (AMA) 1992 Competition Regulations Rule Book as a provisional event (event 704).

The basic rules are quite simple for constructing a suitable aircraft, and the costs to participate in this event are quite low. The indicated scoring process does appear to be a bit complicated. however.

Basically, any combat aircraft produced or in service from 1935 to 1955 is eligible. The model must be a 1/12 scale replica, with a plus or minus 5% deviation in scale allowed in wingspan, horizontal tail span, rudder height, fuselage length, and cross section. There are no other scale fidelity requirements.

A maximum weight of 2 kilograms, or 35.2 ounces, for single engine aircraft or 1.2 kilograms (40 ounces) for multi-engined designs is utilized. If the full-scale aircraft was powered with an in-line engine, the maximum model engine size that can be used is .15 cubic inches. A radial engine powered design may use a .20 cubic inch model engine. Virtually all model aircraft used in this new and exciting event are single engined types, with three servos (throttle, aileron, and elevator) being employed... " 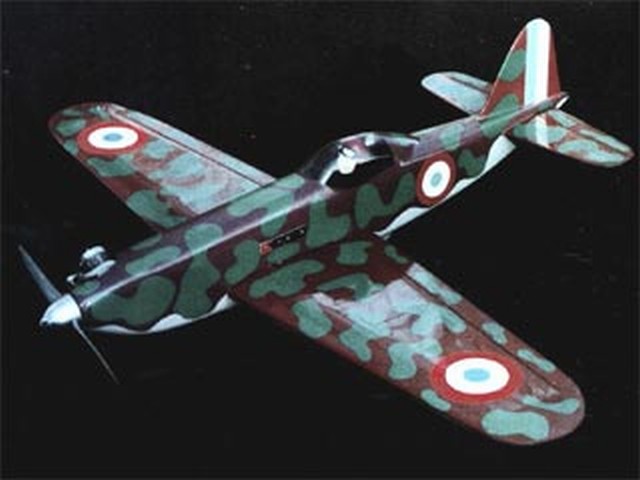