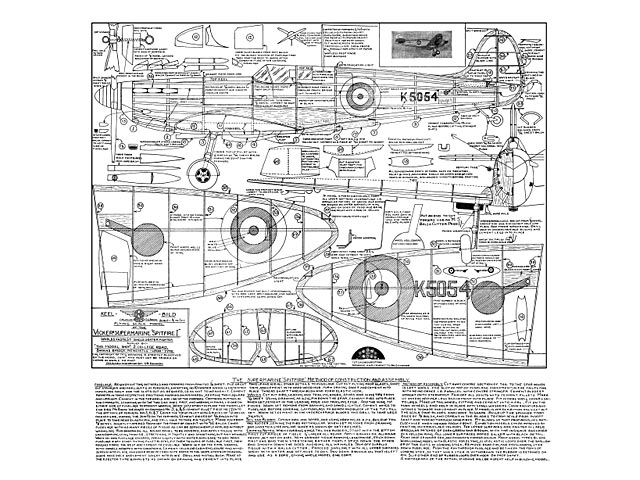 Quote: "Hello Steve, here is the Keelbild Spitfire Mk1 model. I believe the kit must have been produced around 1939, given the plan reference to a yellow ring around the wing roundels, but most of the details shown suggest that the model was actually based on the Spitfire prototype of 1936.

In my humble opinion TR Kennedy did a great job of capturing the proportions and curves of the early Spitfire - a remarkable feat when one remembers that accurate information about the RAF's latest fighter must have been difficult to find at the time. He even included the Spitfire wing's peculiar thickness taper when viewed head on.

As usual with Keelbild, this design features a deep, lower balsa keel upon which complete formers are slotted and aligned to be truly vertical. Stringers are then added at the top and alternately to each side to avoid warps.

Sadly, I don't have the printwood for this model, but missing formers could perhaps be adapted from those shown on JD McHard's Spitfire Mk1 (oz2460) plan available on OZ, which is to the same scale. Regards,"

Quote: "Dear Steve and Mary, It took quite a lot of hunting to acquire them, but I have scanned the parts necessary to make the Keelbild Spitfire (oz6480). Kind regards, Guy" 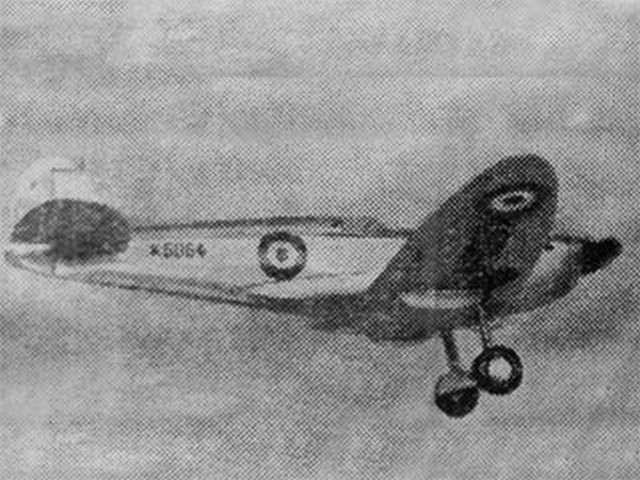 Hi, this is not a Spitfire I, it's the Supermarine 300 prototype. I can tell not only by the registration K5054 but also by the radiator shape. You're making a great work, thank you.
Costa - 29/03/2015
I have this plan or one very similar but mine is just a bit less than 24" span.
Richard Skerrett - 21/08/2019
After downloading the plan I see that is based on a slightly later model Spitfire and is indeed smaller than mine. Mine has the six small exhaust stacks and is clearly based on the prototype. I will try to get mine copied and put on a file and will upload it.
Richard Skerrett - 21/08/2019
It would be really great if the alternative version of this plan could be scanned. Interestingly, it appears that the model plans Richard has described may have been produced before the actual prototype had even flown: see here https://lutman-aero-works.co.uk/history/
guy - 23/08/2020
Another K5054 prototype in 1937 Air trails, oz5728 plan.
Pit - 24/08/2020
Add a comment