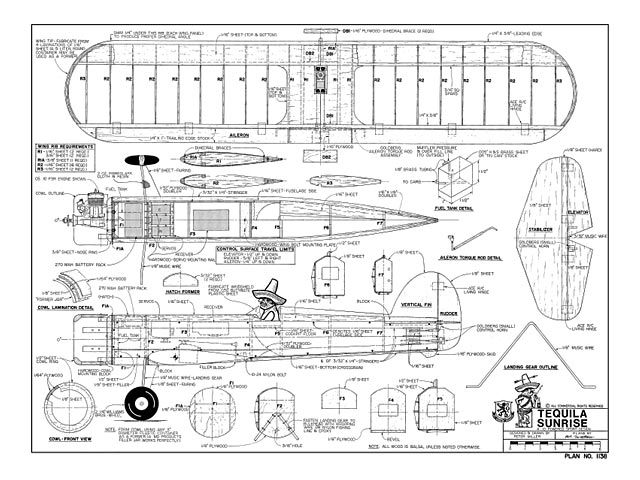 Quote: "Tequila Sunrise. A tall tale of bootlegging and barnstorming in the 1930s (with a fine model to build), related by Peter Miller.

The golden age of air racing in the USA from 1929 to 1939 is fulll
Li of incredible stories; winning races on a shoestring budget, aircraft designed by marking them out in chalk on a hangar floor, in one case a sponsor putting up two million dollars for a complete airfield plus racing aircraft - this was the Wedell-Williams concern and it paid off with many wins.

One of the most intriguing stories concerns an aircraft ostensibly designed to win the Bendix and Thompson Trophies but never even placed in either race - yet it made more money than all the others put together!

In 1931 Maxwell H Hominy, the blacksheep son of a wealthy Southern family persuaded his parents that he had turned over a new leaf and had become interested in air racing. His parents were so pleased that they agreed to finance the constriction of an aircraft.

The next and most important part of the plan was to hire a pilot but he had to be Mexican and somewhat less than honest. They found the perfect pilot in Alberto Cochon, the son of a wealthy bandit. Alberto had been thrown out of the Mexican Air Force for consistent low flying as evidenced by the wheel tracks of his aircraft on rooftops all round the airfield. One day he removed the entire latrine block while his Commanding Officer was inside. His excuse that he was afraid of heights was not accepted. His CO could have had him shot but showed great leniency as he found that his chronic constipation had been completely cured and so Alberto was dismissed from ti Service which did nothing for his employment prospects.

Maxwell's plan was simple. Prohibition was in lull swing in the USA and Maxwell was going to use his aircraft to fly in large amounts of liquor in the tanks, the cover story being. that it was planned to fly the
coast to coast Bendix race non-stop..."

Article pages, text and pics, thanks to RMCarter.

Quote: "Steve, I attach a scan of the article accompanying the Tequila Sunrise plan when it was published in the February 1992 Radio Modeller issue in the UK. Peter Miller’s “Aircraft from aeronuttycal history” were all fun but not complete without the accompanying tall story! I haven't bothered to scan the Radio Modeller plan because, frankly, the American RCM one is drawn so much better (but identical from a builder’s perspective). Interesting to note that they still show the diesel size fuel tank even though they’ve substituted a glow engine for the American market! All the best," 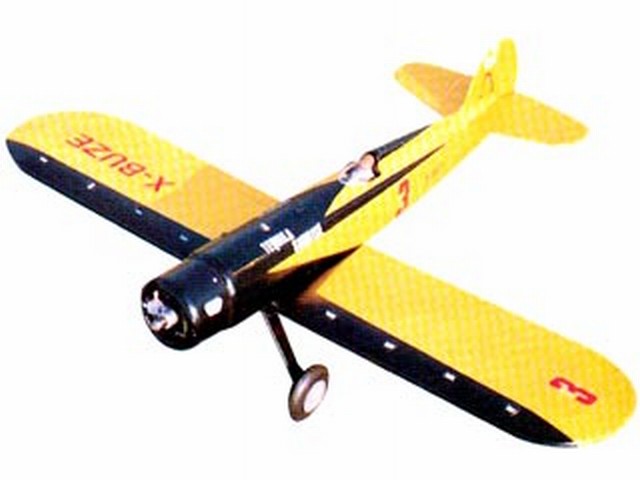