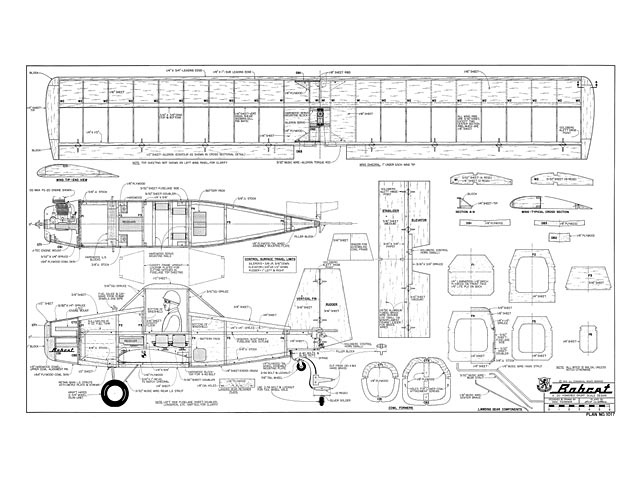 Quote: "A One Sixth Scale Version of an Ultralight.

Once upon a time a form of flying came into being and the machines were called Ultralights. Wow! The guardians of our existence who reside in our nation's capitol decreed that these machines could enjoy the freedom of flight with neither the machines nor the pilots requiring a license to fly.

Now, there is this RC'er named Bobby Baker who lives in Arkansas, and he had studied aeronautical engineering at the University of Arkansas. This avid Reer really got turned on over this 'no license' concept, and since he had designed and flown numerous R/C models, he proceeded to design an ultralight.

Naturally, he built an R/C model of his design to confirm its flight characteristics and was delighted with the results. Among the design requirements was the desire for a craft that resembled an airplane instead of a hang glider with an engine. This was accomplished and the next requirement was a safe, lightweight and easy to build structure. What else would an RC'er do but a great big model airplane?

The structural design was not taken without serious consideration, however, with the judicious combination of spruce, foam, and light plywood, it did resemble a large, well designed R/C model. Also, with the tall windshield and the fiberglass canopy top, it, makes one think of a crop duster. It only follows that Bobby Baker's pride and joy was named Bobcat.

When you have an attractive (and different) home-built, and if you don't live too far from Wisconsin, what do you do? You take it to Oshkosh, of course. Bobby did and the Bobcat was a sensation and Bobby was deluged with requests for plans. Bobby had a better idea, he formed a company, First Strike, and now produces kits for building the full size Bobcat.

We must call our effort a sport scale model, as it isn't exact scale. Most prominent among the deviations is our use of a flat bottom airfoil for easier building, whereas the full size craft has an undercambered section ...we used an OS .20 4-stroke, and suggest if you use a 2-stroke engine, stay within a .19 to .25 range..." 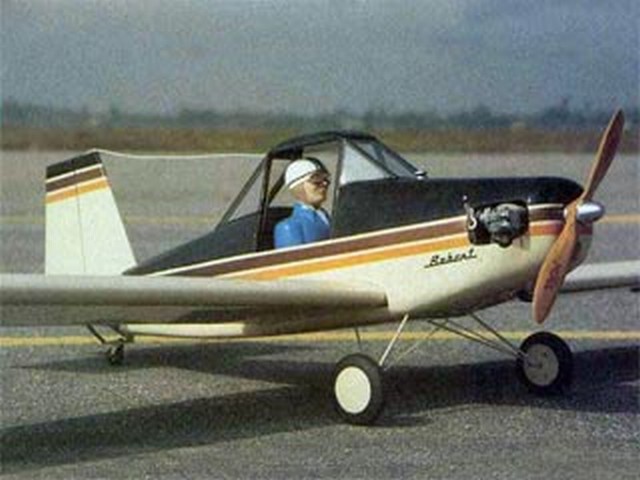 Here are some pictures of my Bobcat [more pics 004-009]. The original plans were drawn at 1/6 scale. I enlarged them 150% which produced a 1/4 scale with a wingspan of approximately 81". The plane weights 8 1/2 pounds. Powered by a Saito 100, twin cylinder, four stroke. I recently won "Plane of the Day" at the 2019 Joe Nall Memorial Fly In, held at the Triple Tree Aerodrome, in Woodruff, South Carolina, with my 1/4 scale Bobcat. Take offs and landings are very typical of a tail dragger with no bad habits. Despite the shorter than normal tail moment, pitch control, or sensitivity, is no a problem. Construction is balsa, spruce, and plywood, with a fiberglass cowl I made myself. If you build a Bobcat, at any scale, you will be the center of attention at all fly ins.
BobSealy_Tennessee - 24/05/2019
Hi Bob, I am Zvi Solomon from Israel. I was very happy meeting you and see your nice model at Joe Nall a week ago. Your cowl arrived safely.... how can I download the plane at 50% bigger?
Zvi Solomon - 24/05/2019
Zvi, download the plan onto a memory stick and take it to a shop that makes copies, they can scale it up to whatever size you want. A shop that prints out blueprints on a large format printer is what you want.
Douglas Babb - 15/09/2019
Add a comment