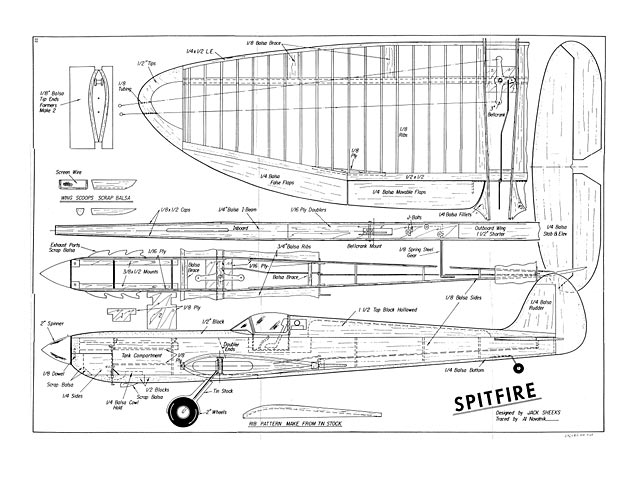 Quote: "For the last few years Stunt flyers have been cultivating an event called Stunt-Scale. This event consists of being judged on the ground by a scale judge and in the air by stunt judges. Many of you have probably competed in this event, but for those of you who haven't, I'll explain a little further. The aircraft is judged just like a scale aircraft, such as fidelity to scale, workable flaps, brakes, motor control, turrets, etc. It must be accompanied by an acceptable set of 3-view drawings. So the more that works on the ground the higher your score before you take-off. After this judging you are marked for your ability to fly the stunt pattern. This adds up to quite a score with the two combined.

What to build? That was the question., It had to be something that would be close enough to scale to at least look like the real airplane, but still perform a good stunt pattern. The only aircraft that impressed me as a good choice was the Spitfire. With its full elliptical wing it would give the scale illusion plus the needed wing area to fly stunt..." 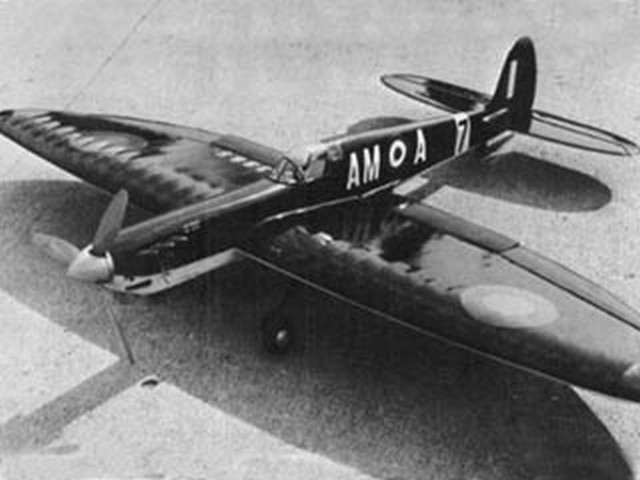