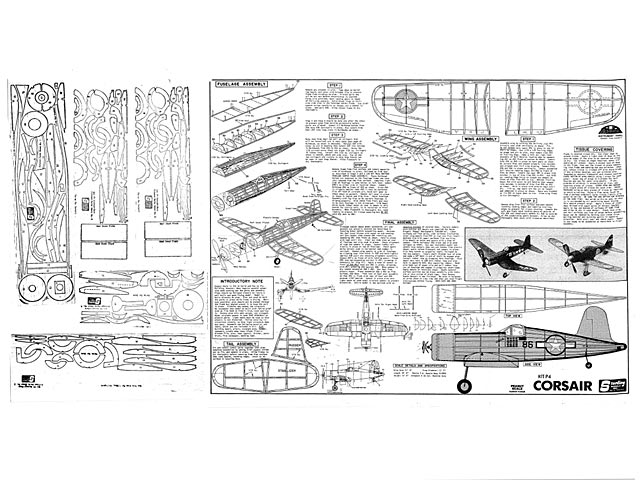 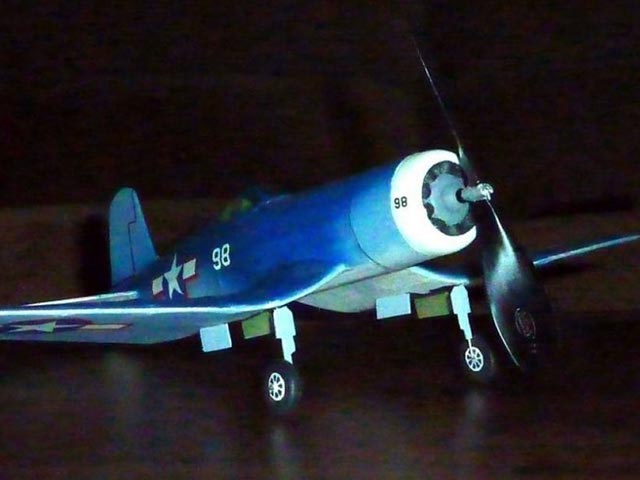 For a tiny Corsair (oz643), this Sterling peanut scale model went together well [main pic, 003-005]. The inverted gull-wing structure is an egg-crate assembly, the biggest challenge being keeping the rib-spar alignment in order. End result turned out to be pleasing to the eye…nice flowing leading and trailing edge curves. The F4U was part of the Sterling Models double-peanut Kit P4, its mate being the Mitsubishi Zero. Sterling’s double-peanut kits were a nice marketing touch…those were the days…two for the price of one. While the plan features the oft-modeled personal markings of Col. Gregory “Pappy” Boyington, USMC, “Lulabelle 86,” it will be noted that I have intentionally altered appearances to represent an anonymous aircraft.
Of course everyone is familiar with the design concept of the inverted gull-wing, same as the German Stuka, just to name another of many aircraft using this configuration…permitted use of an inordinately large diameter propeller with a standard length landing gear. Made for a very powerful aircraft (F4U), arguably the best fighter-bomber of World War 2. Its production-run extended from 1940 through 1953, the longest of any propeller-driven aircraft in American military aviation history (12,500 units).
If you haven’t already constructed an F4U Corsair, this little model is an ideal venture. Want something larger? Choose one of the fine plans from Outerzone. Thanks Steve and Mary.
Neal Green - 28/01/2021
Add a comment