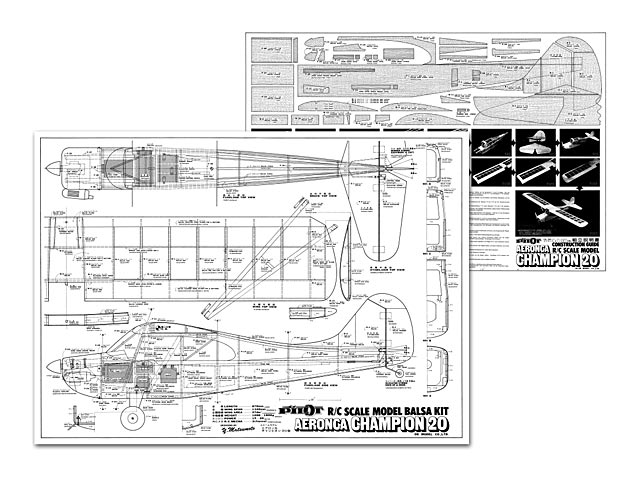 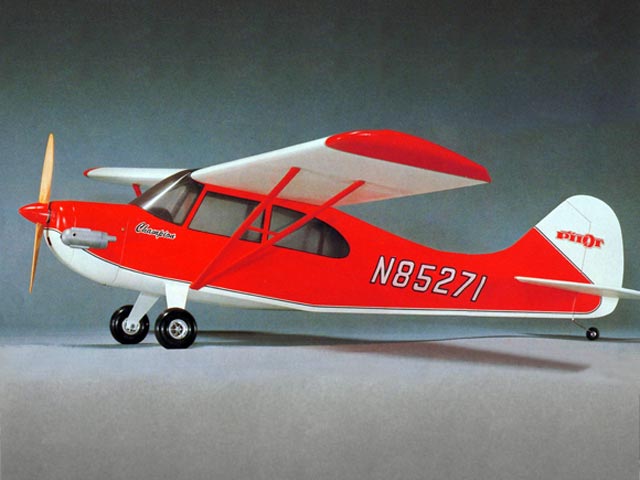 Ailerons: I am building this plane from original kit. I am modifying wing to accept strip ailerons. Each aileron is 21" long, 1 1/16" chord. I did not want to build as 3 channel and struggle with plane wallowing all over the sky. Aileron starts at rib W-2, ends about 1" from fuse.
littlera - 13/06/2016
Building and Flying notes: I have completed the kit build, adding ailerons, and the plane has flown successfully. It is a nice performer with aileron control! Build: Note that while the plan indicates a scale 1.5 deg. dihedral for each wing panel, the drawing itself and the machined dihedral braces are at 3 degrees per panel. This was probably found to be best without ailerons. For ailerons, I cut the dihedral back down to (true scale) 1.5 degrees per panel. With ailerons, I did not build in the down and side thrust shown on the plan (or just a tiny bit.) I installed a slightly used OS fs26 four stroke engine with a 10-6 prop. 8000 rpm. Adequate but certainly not over powered. Short grass or pavement needed for take off. Nice combo all in all. I used modern digital micro servos (4), mini receiver, and telemetry module. JR radio and HiTec servos. This helped weight come in at minimum shown on plan of 3.5 lbs, even with the ailerons and extra servo added. Equipment has come a long way since this plane was designed in the early 80's. Covered with Ultracote. Small 750 mah pack to save weight. Wing loading only 20 oz./sq. ft. CG correct with battery under fuel tank. Flying: Had to reduce throws from that shown on plans. Even on low rates at 70% it was too much. Plane handles nicely. Ailerons very effective. The Champ is a short coupled airplane, and most model Champs of any scale benefit from mixing rudder with aileron. This one is no different. With no side thrust, the plane needed a couple of clicks of right rudder.
littlera - 13/06/2016
Add a comment