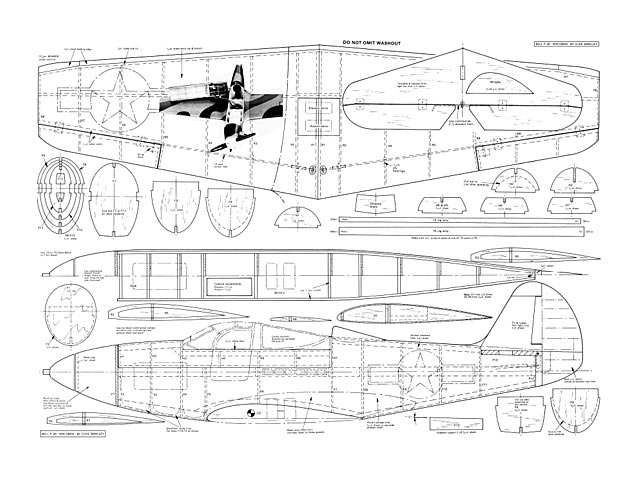 THE BELL P-39 'AIRACOBRA' was not one of the most successful WW2 fighters, although it was built in substantial numbers. Its unusual mid-mounted engine was developed to enable an automatic cannon to be mounted in the nose on the aircraft centreline. By having the engine mass near to the centre of gravity a spin-off of increased manoeuvrability was also achieved. The engine installation proved surprisingly trouble-free in service, but many a pilots complained of prop-shaft whine, not surprisingly as this ran beneath his bottom!

The main users of the type were the USAAF in the Pacific and the Russians in Europe. The armament arrangement was especially liked by the Russians, who used the aircraft in a low level ground attack/'tank-busting' role with some success. Several pilots also achieved a reasonable score of victories in air-to-air combat, some excellent photos and colour details appearing in the books 'Red Stars in the Sky' (available from Albion Scott Ltd).

Besides being a very rugged aircraft, capable of absorbing a good deal of punishment, one other notable feature of the type was the tricycle undercarriage arrangement. This was unusual, to say the least, on even multi-engined types of the period and was unheard of on a single-engined fighter. No undercarriage is fitted to the model, as unless a retractable system is used, I feel the flying appearance of any WW2 fighter is decidedly improved without one and in any case is impractical on a model of this size.

Construction. The sequence of construction is relatively important with any one-piece model of this nature. Little else can be built until the wing is basically complete.

Wing. This can be built in the hand up to the stage of fitting the upper skin when it must be jigged to build in the correct amount of washout, which is absolutely vital!

Cut the lower wing skin to shape. Glue on the mainspar and ribs R1 to R8. Add the 1/8 in sheet sub-LE and trim to match the rib curvature. Glue on the 3/16 in sheet aileron spars allowing a small gap. Fit the torque rod and bearings and all hinge scrap blocks. Bevel the TE and sand overall ready for the upper skin, make this slightly oversize on chord to allow for the camber..." 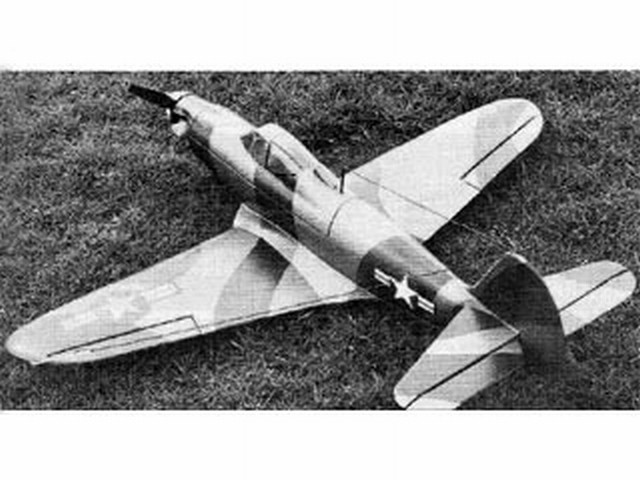