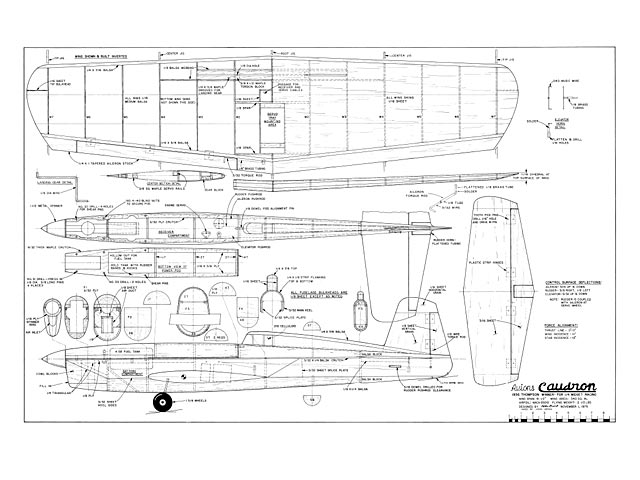 Quote: "Steve, Please find attached a scanned plan of my old Hal Debolt 1/4 midget of years past. I thought the plan was long lost, but found it after two moves in a bunch of RC stuff, also long lost. All the info is on the plans including the NACA airfoil used. If I remember correctly the wing was a pain to build the way it was laid out using the three support jigs. If I had it to do over, I would cut a foam wing and be done with it. Our modern RC gear will more than make up for the extra weight. Mine came out light enough I was forced to use a 500ma battery to make weight. It was glassed with 3/4 oz glass cloth and epoxy, painted with DuPont lacquer paint. It was a VERY nice flying plane with no bad habits."

Photo of completed Caudron model was found online at http://www.rcuniverse.com/forum/general-racing-discussion-140/10524552-qm15-caudron.html 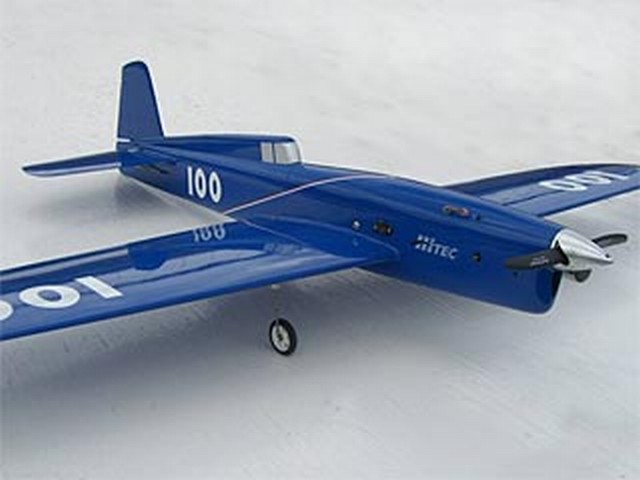 Hi Steve & Mary. This plan only shows the root rib profile. Doesn't show the rest of the ribs, or at least the tip rib so the rest can be interpolated or a foam core wing cut. I'm I missing something or should it be labeled as incomplete?
RCYEAGER - 05/05/2019
Ok, thanks have set this one as incomplete now.
SteveWMD - 06/05/2019
Add a comment