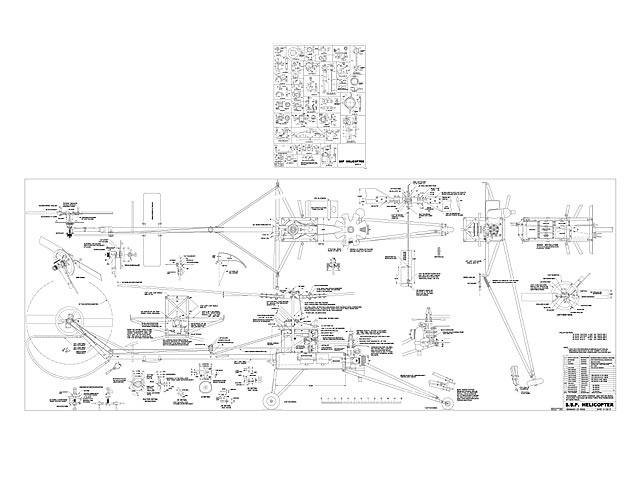 Quote: "Hi Steve, Here is my one contribution, the SSP Helicopter. The full size CAD drawing is not quite the same as what was published in American Aircraft Modeler; August, 1972. The drawing is laid out more like I originally drew it, 36 x 90. AAM did a cut and paste job resulting in a 42” wide x 65” drawing and too faded.

I made some changes. The original tail rotor drive belts would slip in the cold of winter, they are now shown at ¼” wide. The tail rotor for a counterclockwise main rotor was changed to the left side, a pusher is more efficient. Also, several different views of the tail rotor were added to clarify the tail rate gyro. The CAD drawing opens slowly, may take up to a minute.

The SSP’s claim to fame is that it set the world’s first FAI altitude record of 198 meters (650 feet) for R/C Helicopters. Dahlgren, Virginia - September 6th 1971. The SSP has gone through many changes over the years and the last update back in the 70’s was the fifth revision.

In the early 90’s I tied to change its transmission cage to be more like side plates which resulted in a flimsy structure. It was set aside in pieces.

I decided to restore to SSP about 3 years ago using as many parts that I could find from the original. It is now electric powered and a pleasure to fly. The current configuration is SSP-6E – yes electric. By today’s standards, this is a 600 size helicopter." 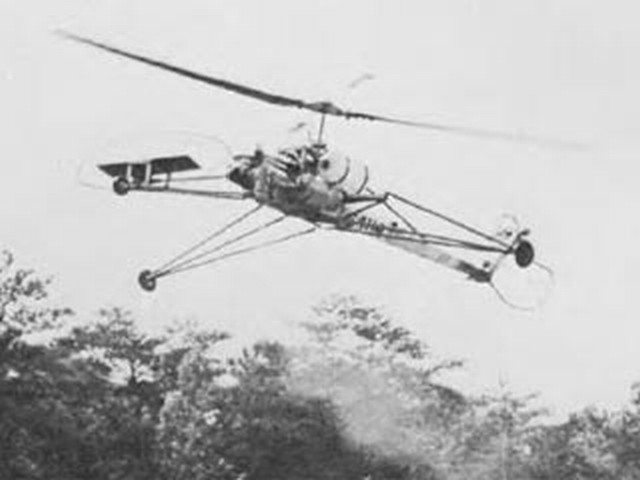