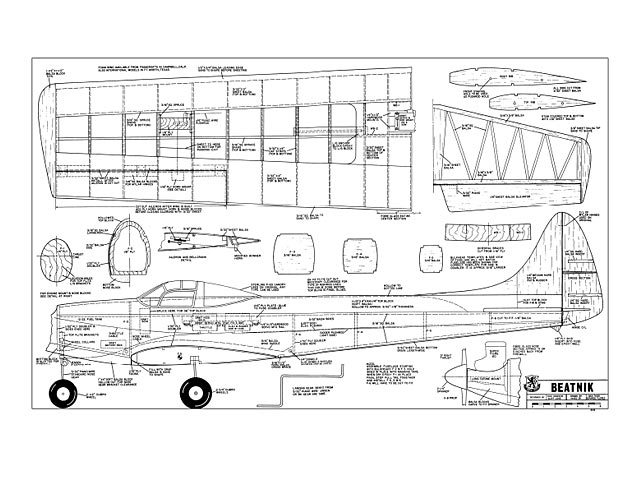 Quote: "The Beatnik has never been published in any magazine prior to this and yet is one of those models that has, over the years, become very popular. During that period, Foamcrafts in Campbell, California, has sold several hundred foam wings for the Beatnik, and a number of people have been producing fiberglass fuselages for this model. To top it off, Don Dewey has a file folder full of letters from modelers asking when and where they can get their Beatnik plans. Up until now the only set of drawings available for this airplane has been a set of outline drawings with very little detail drawn by the designer Cliff Love. Cliff made a few copies and passed them out to his friends and these modelers in turn made copies and passed them on-to other RC'ers.

The original design of this airplane goes back a number of years and the Beatnik that I fly every week was built five years ago and originally flew on reeds. One of the most important features of this design is the double tapered wings that Cliff designed and their inherent ability to penetrate smooth and true in windy and bumpy weather conditions. It is for these very same reasons that both Joe Bridi's Sun Fli 4 and Phil Kraft's Kwik Fli 4 have gone from the straight wing to the taper wing. The straight type plan-form with a constant chord allows your plane to fly well on a calm day, however, in windy weather or bumpy air, those big wing tips hanging out there will cause the airplane to bounce around considerably more than a tapered wing aircraft.

Another important feature of the Beatnik wing is its ease of construction. The bottom of the rib, between the two spars, is flat, which makes it very easy to build a perfectly straight wing on any flat surface. If you use the hollow core door type of wing jig shown in last month's Kits and Pieces column, it is possible to build the entire Beatnik wing in one evening with the exception of the leading edge bottom sheeting and bottom cap-strips. For those of you who want foam wings for the Beatnik, they are available from Foamcrafts in Campbell, Calif., and most likely will also be available from International Models in Ft. Worth, Texas..." 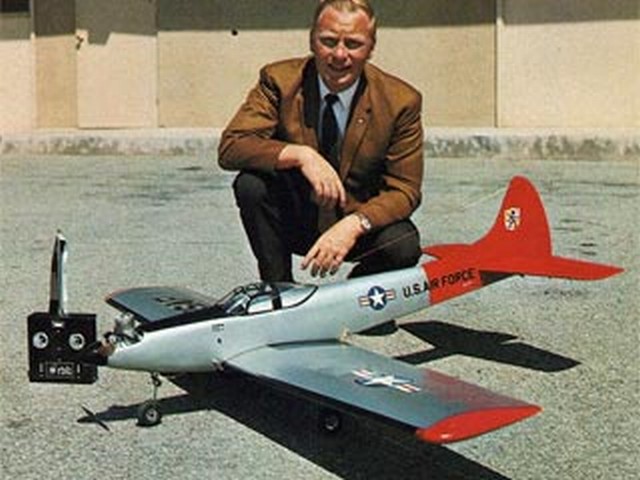