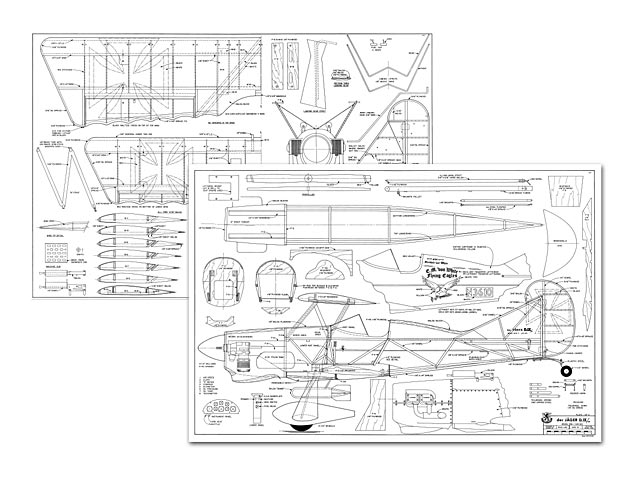 Quote: "Finding a subject suitable for scale modeling is about as difficult as building the model. I know that all of you have some particular model you would like to build but will it make a good flying aircraft? Most of my favorites were either too complex to build, contained too much delicate detail, impossible to authenticate, or just not airworthy. After examining my favorites I decided to be analytical in my choice of a model. For the coming National Scale competition, I would set my requirements down on paper and then build the plane that fit them the closest - even if it wasn't one of my favorites. The requirements went something like this:

Finding a plane that met these requirements seemed almost impossible. After searching through my magazine library, I had just about given up when the mailman delivered the March, 1970 copy of Sport Flying Magazine. On the cover was der Jager, a new homebuilt. It looked more like a model airplane than a real one. The color photographs inside whet my appetite even further.

Here was a colorful biplane with no wing wires, a long nose moment and, above all, a large tail. Detailed plans were also available from the designer, Marshall White. I looked through many more magazines but kept coming back to der Jager. Finally, I couldn't stand it any longer and ordered a set of plans for the full sized airplane. Once they arrived 1 hiber-nated into my shop with them and, about a week later, came up for air. I now had a set of plans for my National entry. It was large, but not too large. I had decided on a scale of 3 in to the foot. My reasoning was that it would be easier to build 1/4 size and allow plenty of room for the engine, and radio gear as well as making detailing easier. The wing worked out to a span of only 60 in, 990 square inches in area. Not bad if I could keep the total weight down.

The real plane is constructed very much like a model, and why not, since Marshall White has built and flown many models. He even competed in the 1938 through 1940 Nationals. This plane was constructed so much like a model that I succumbed to the urge to duplicate the structure rather than follow normal modeling techniques. The steel fuselage longerons could be made of dowels and even the scalloped trailing edge of the wing could be easily duplicated. This construction should be good for extra points, particularly in the cockpit.

When you look into my cockpit you see it just like the real one Tubular stringers, fabric sides, and a size instrument panel. The wings and tail were more or less conventional but the fuselage was going to take consid-erable thought. I was afraid that the tubular framework of the fuselage might be too flimsy. Just to see if it was feasible I started building the framework. By the time I glued the two sides to the firewall I knew I had it made since it was much stronger than conventional sheet balsa sides. Now the sawdust really began to fly. Many hours or, should I say, months later, it was almost finished. The paint job was completed two weeks before the Nationals. I planned to give it a test hop the week before leaving for Chicago. Just my luck it rained and rained and rained. Finally, late Friday afternoon, the weather broke just before sundown..."

Update 05/10/2020: Replaced the article with a complete version, thanks to DPlumpe.

Quote: "Steve & Mary - I just noticed that the article you have for Bruce Lund's 'Der Jager' (oz6310) is missing magazine page 21. I've reformatted my complete scan as a PDF and attach it. Keep up the good work!" 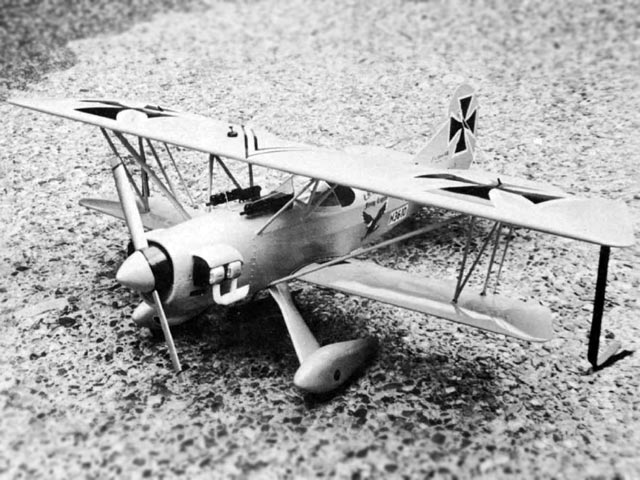