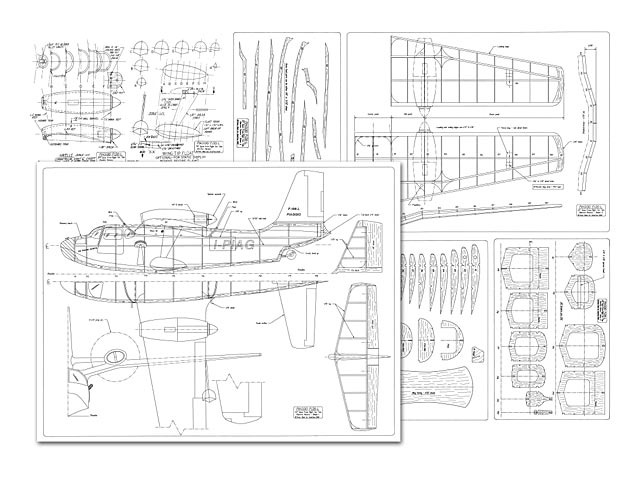 Quote: "Although I had been aware of the Piaggio P.136-L, it wasn't until I received photographs and three-views from Jack Parry (Aiken, SC), that I realized what an interesting project this might be. I've always liked the gull-wing geometry, and the twin-pusher configuration looked like a real challenge. The five-place Piaggio amphibian is, of course, of Italian manufacture, and flew for the first time on August 29,1948. Twenty were imported into the US, and sold as the Trecker Gulf (or Super Gulf, depending on powerplant)... In a pusher, as you're probably aware, the engines are located far aft of the CG, and require that the counterbalancing NiCad pack be placed far forward. Accordingly, the removable wing, and associated angled saddle, are for crash resistance only, and not for battery access. If you like, you can 'hard mount' the wing to the hull, and take your chances in a bad landing. The spinners shown do not appear on the photos of the real Piaggio; they were added because they sort of look like they belonged there. As with our Grumman G44a Widgeon, the hull is completely planked, with tissue covering for the rest. The windscreen of the prototype came from a L'Eggs panty hose container, so you might inquire of your wife, girl friend, or daughter as to the availability of such items..." 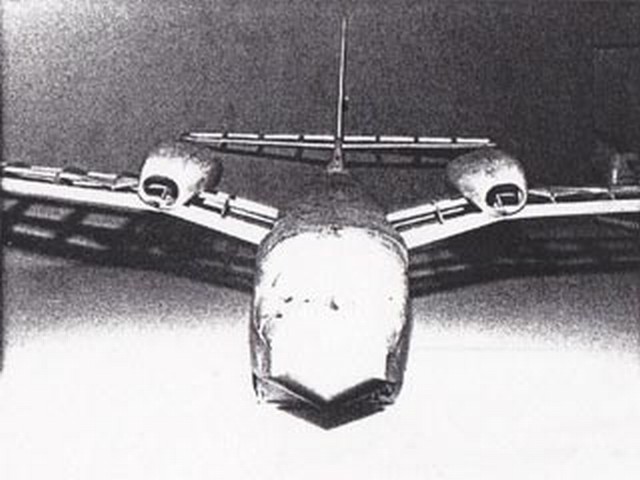 Great to see Scientext plans on here; I hope can we soon please have their Douglas DC-3 that I’ve longed to build.
Pete - 05/03/2015
Add a comment