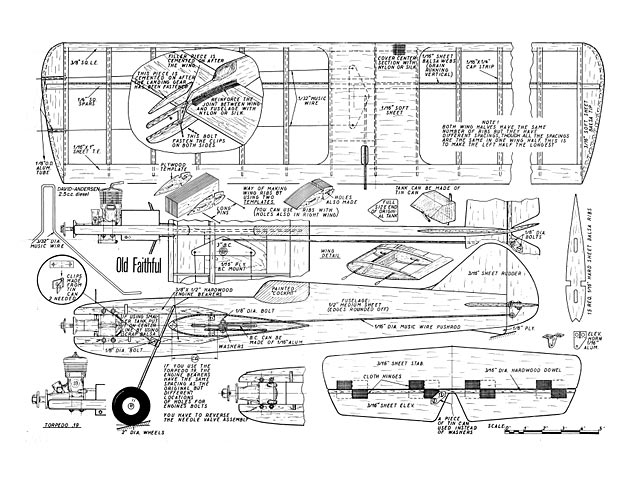 Quote: "DURING my military service, I was asked to give a course for some of my fellow soldiers and teach them a little about how to build and fly a U-control trainer. I accepted this invitation and started to design a suitable plane, having especially three things in mind: it had to be easy to build for a newcomer to aeromodeling, yet should prepare him for building more advanced models later; it had to be sturdy in order to stand rough treatment by a novice flier; also, it had to look a little like an airplane.

After some thinking and drawing, I finally evolved the plane described and it fulfilled the requirements very well.

None of the 12 boys participating in the course had ever built or flown a U-control model. After about three weeks of spare-time work, using only simple tools, they all had their planes built.

Then we started to fly. In the beginning it seemed more like digging as they just went up and then down into Mother Earth. It really surprised me how well the models stood up. The weakest point is usually the joint between the fuselage and wing but the reinforcement with silk usually left the models in one piece after the 'plowing'. After a while the boys started to learn and some became really good.

At the competition the Mr Force sponsored at the conclusion of the course, the most proficient performed loops, inverted flying and even horizontal eights with this trainer in spite of strong wind. I considered the result quite good, since five weeks before they had never had any contact with U-control, building or flying.

The original model was powered by a Norwegian David-Andersen Diesel of 2.5 cc. The Torpedo .19 shown is optional. This will give a little Old Faithful more lively airplane although it still should not be too difficult to handle. In fact, it will take a lot of different engines in the group between .15 and .19.

Building should be straightforward, although you should take care that the distance between engine bearers suits your engine. Also, you will need the added strength gained from reinforcement with silk or nylon at the points indicated on the drawing. " 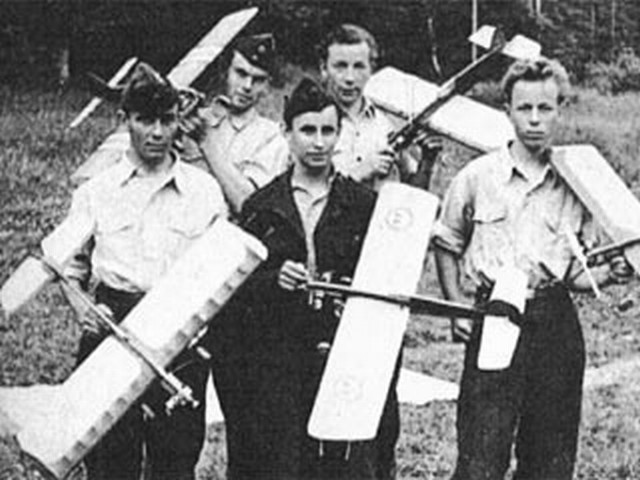