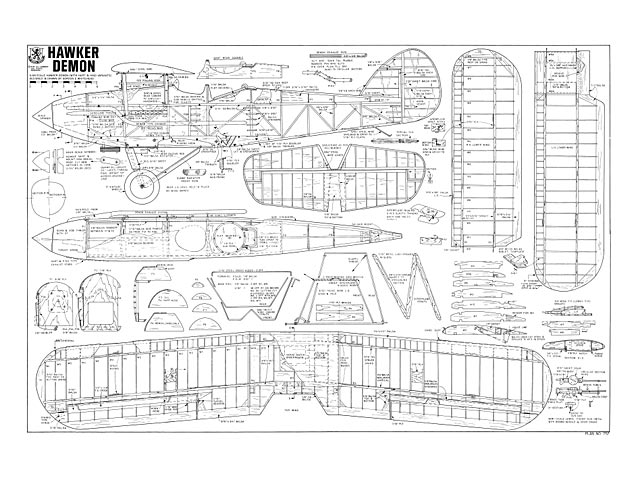 WHEN the Hawker Hart day bomber burst upon the military aviation scene, in 1930, with a performance which far outstripped the contemporary fighters (the Fury appearing a year later) the only quick answer to the fighter pilot's prayers was a fighter subsequently named the Demon. The fine lines of this two-seater fighter were enhanced by the colourful squadron markings of the period - nine RAF squadrons operating the type (Nos. 23, 25, 29, 41, 64, 601, 604, 607, 608).

One of the advantages of this design is that, with minor modifications, the modeller can produce a Hart, Hind, Audax, Osprey, Hardy or Hector! It's hoped, therefore, that we'll be seeing some variety - in both detail and markings - in the models RM readers come up with.

The Demon has long been a favourite of mine, particularly with its good choice of insignia, and I had often thought about building a model, but had been put off by the poor availability of reasonably priced wheels and spinners. But then, Veron came to the rescue, solving both these problems! The 3 in wheels are standard, but the spinner is a cut-down Tomtit spinner. (Had I thought of the spinner mod before doing the metal panelling on the cowl, the front of my model would have been smoother. Ah, well!)

The keen Hawkerphile will spot deviations from scale and omissions of detail; the average bystander will, of course, declare that the model is either a Fury or a Tiger Moth (don't they all?). Either way, a glistening silver biplane with bright squadron markings is a model to make most people dewy-eyed, and your patience in building this model will be well rewarded, not only by its nice flight charac-teristics, but by the interest of all who see it.

Construction. The fuselage is a braced box girder, with stringers and a sheeted nose section. The tail assembly uses the very effective sandwich method of construction, while the wings feature a Clark Y section and are very strong.

Fuselage. Medium grade wood is sufficient for the longerons, because of the added strength imparted by the stringers. Balsa sheeting should be light, as should the balsa formers. Make two fuselage sides, assembling the longerons and uprights via the plan, and including formers F1a, F2a, F3a and the lower wing seat. Note the tailplane incidence. Glue the 1/32 ply internal doublers in place, followed by the external fin. wing doubler and external 1/8 in sheet nose-doubler.

Bend the front u/c struts, and centre-section struts to shape, and bind to F2, passing the centre-section strut wires through holes in the fuselage side where indicated, join the sides with F1 and F2 and add the remaining cross-braces, formers and stringers.

Now add the rear centre section strut, engine mount and drill holes for fuel and throttle linkage in former FL Sheet the top and sides, make the cockpits, fit and shape the cowl and then cut and fair the gun troughs..."

*This is not the RCM March 1979 article featuring the exact plan, but the plans are very similar. 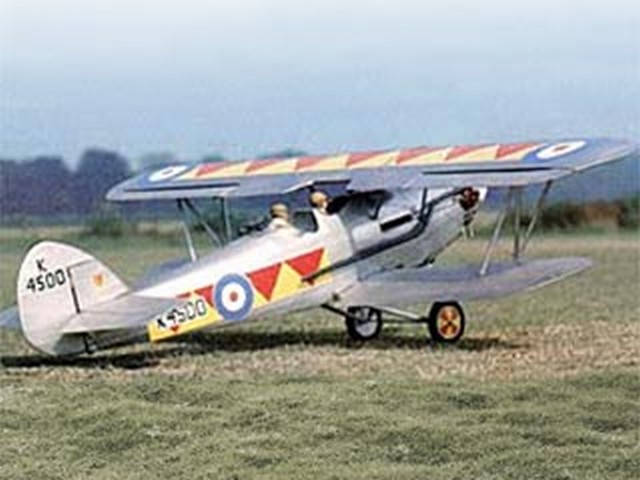