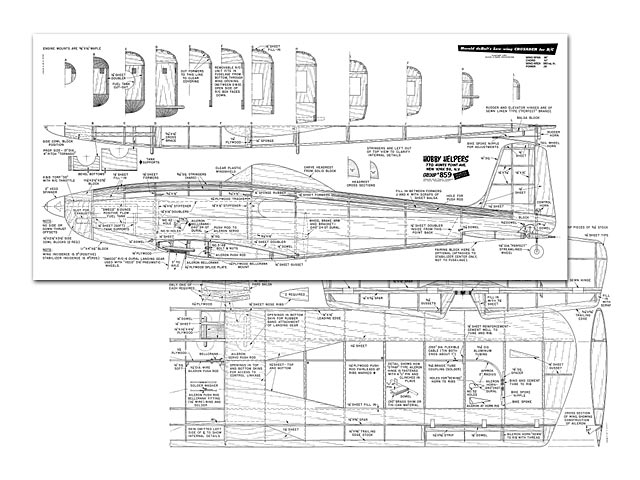 Quote: "Here are all the whys and hows of low-wing flying. DeBolt gives the low down (pun) on what's best; read this informative report! Crusader, by Hal deBolt.

In presenting the 'Crusader' I would like to do so in more of an informative way rather than as a strictly constructive article. Space is limited and there is so much that can be gotten from this model that it seems foolish to linger overly long on construction when so few that may be building one will actually need such information.

Some 4 years ago George Swank and I decided that the time was right when we could come close to duplicating control line stunt maneuvers with R/C models. We embarked upon an extensive evaluation project which took us through most every sort of model configuration. To make a long story short we found that the low wing design seemed to offer the best possibilities for top inverted per-formance. The reasoning being that when a low wing is inverted it is in effect a 'high wing' and except for the dihedral effect it should have the highly desirable stability inherent with a high wing.

The results found at that time indicated that it would be imperative to use a low wing IF we were to fly inverted equally as well as upright. The project was shelved at that point simply because it became increasing important to spend more of the available time trying to solve the intricacies (at that time) of the then new multi-control systems. Also, the advantage would have been relatively small since the rules then would not have credited us for our inverted flying.

About a year ago an old friend of ours, Fred Dunn, startled the R/C world with reports of the fabulous performance from his low wing design. These reports ig-nited the old spark and I decided to have another look at the low wing using a more modern aproach.

A lot of consideration was put into this first design and the Crusader was built as a strictly experimental model to evaluate these design features and to provide an opportunity to try out some ideas for use with low wing types which seemed to have merit. Now the project has been completed and I am pleased to say that it can be considered to be very successful, hence I feel that many others can get some good from these results.

In general the basic aim of the Crusader design was to obtain the ultimate in inverted flying ability and still have a model which could be flown without excessive difficulty. It was felt that the model should be able to perform all up-right maneuvers while inverted if the aim was to be achieved. To this end..." 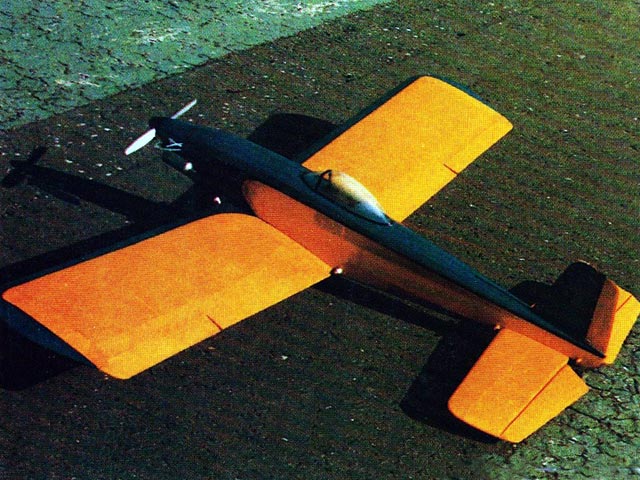