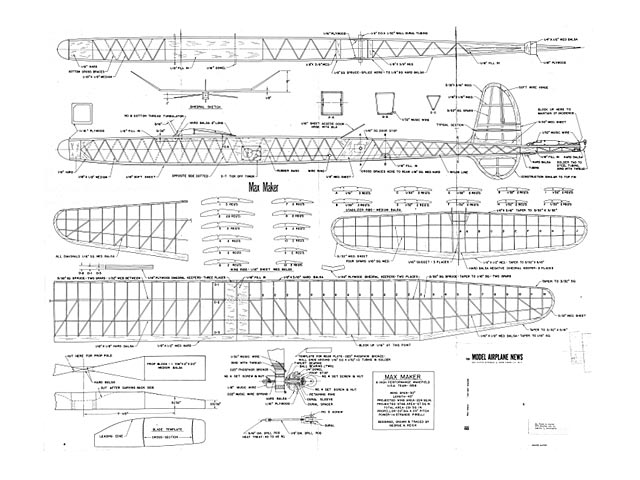 Quote: "Max's are easy for this extremely stable and consistent Wakefield winner and national record holder... Here's the new national Wakefield record holder. It's a proven design, and has represented the US in the 1958 World Championships at Cranfield, England. The latest victory for this model has been the Cleveland Society of Model Aeronautics (the old Cleveland Balsa Butchers) 12th Annual Inter-city Meet. This is a contest to promote interest in the Wakefield and Nordic events. Teams of three represented various clubs in the Great Lakes States, and a team from Toronto, Canada, added international color. The Detroit Balsa Bugs won the Wakefield event as a team, and will be host for the event in 1961. The Max Maker won individual high time with five maxes and a sixth flight of 5min 59sec, a total of 20min 59sec, for a new national record... " 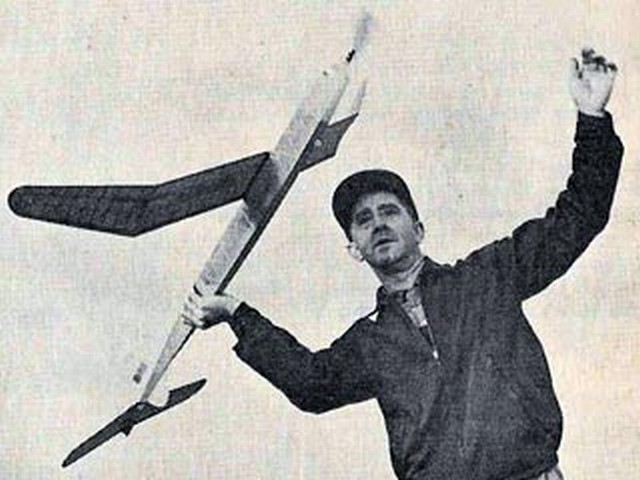