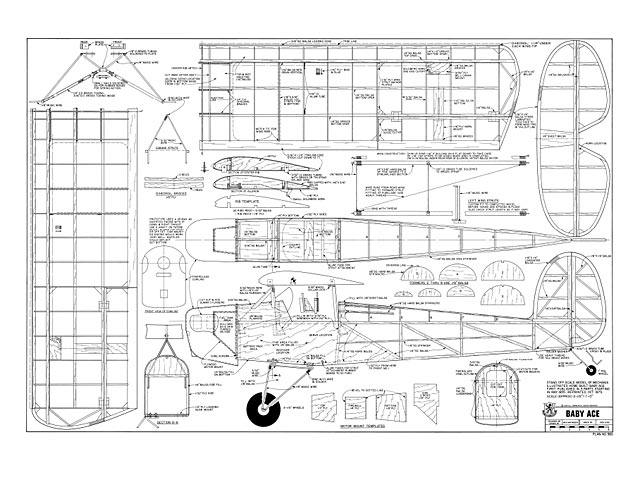 Like many sport modelers who live in less populous areas, I'd always looked forward to the arrival of R/C Modeler Magazine, but it usually takes me 3 or 4 trips to the local Hobby Shop before they finally received the new issue. It was on one of my daily visits to the newsstand, that I happened to spot the October 1973 issue of Mechanix Illustrated with the Baby Ace on the cover. I immediately became interested, bought the magazine, and went home to study it thoroughly.

The original full size airplane was built 20 years ago, by Paul Poberezny, President of the Experimental Aircraft Association, for Mechanix Illustrated and was published in MI in 1955, as a three part, build it yourself construction article. The Baby Ace has since been constructed by more than 400 homebuilders. Paul Poberczny modified the design of the Cornell Baby Ace which goes back to the 30's. He modified this airplane and redesigned it into an open cockpit, single seater, parasol monoplane capable of good performance with any engine from 40 to 150 hp. Thus, it became the first EAA airplane designed for modern home aircraft builders. Its success, and the popularity of the MI story about it, was an important ingredient in getting EAA off the ground. Like most homebuilt aircraft (and models) if operated and given good maintenance, it provides many hours of pleasure and safety in the air for its owner.

Living in Southern California means almost 365 days of beautiful flying weather, and the day for the test flying of my Baby Ace was no exception. It was a perfect day in mid December, about 75 degrees, and with just a little breeze. From the first moment when the ship tracked straight and true down the field, with only a little right rudder required for a perfect take-off, I could tell l had a real winner on my hands. After a bit of up elevator the Baby Ace was airborne.

This is the moment you have been waiting for - to see your own designed model plane flying against the clear blue sky. This is your reward and it makes you feel proud and good all over. After a few circles over the field I set up the landing approach and the Ace came in at about 1/3 throttle and made a smooth landing. After a fast check out (every-thing looked OK) she was off again. This time a beautiful loop was accomplished and then a roll. The latter was a little slow and she lost some height, so put her nose up and she will roll, fly inverted, and a few other things not in the book, but do not forget the Baby Ace is not made for all-out stunt flying!

The construction of the Baby Ace is about as uncomplicated and straight forward as can be had with a scale R/C plane, so let's clear the workbench and get started.

The wing should be constructed in two pieces on a building board. Use hardwood and medium balsa for the spars and leading and trailing edges as per plan, medium balsa for ribs and capping. Make certain the leading and trailing edge axe warp-free when positioned over the plans. The ailerons are constructed at the same time the main framework of the wing is on the bui Idi ng board. Be sure to avoid any warping since a warped wing or tail will ruin everything and it will not fly. If straight and true, balanced as per plan it will fly and fly well... " 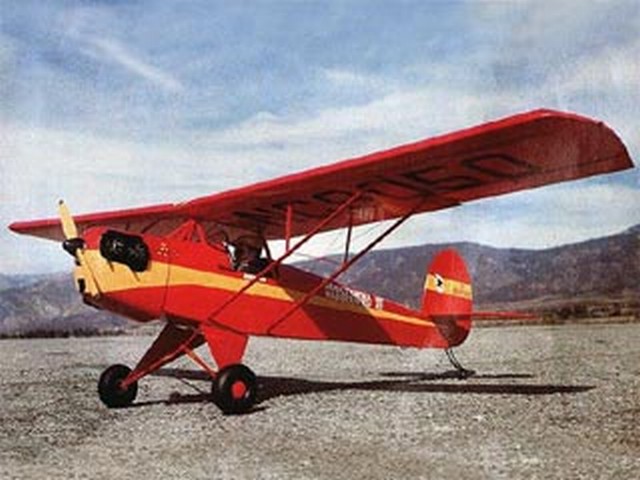